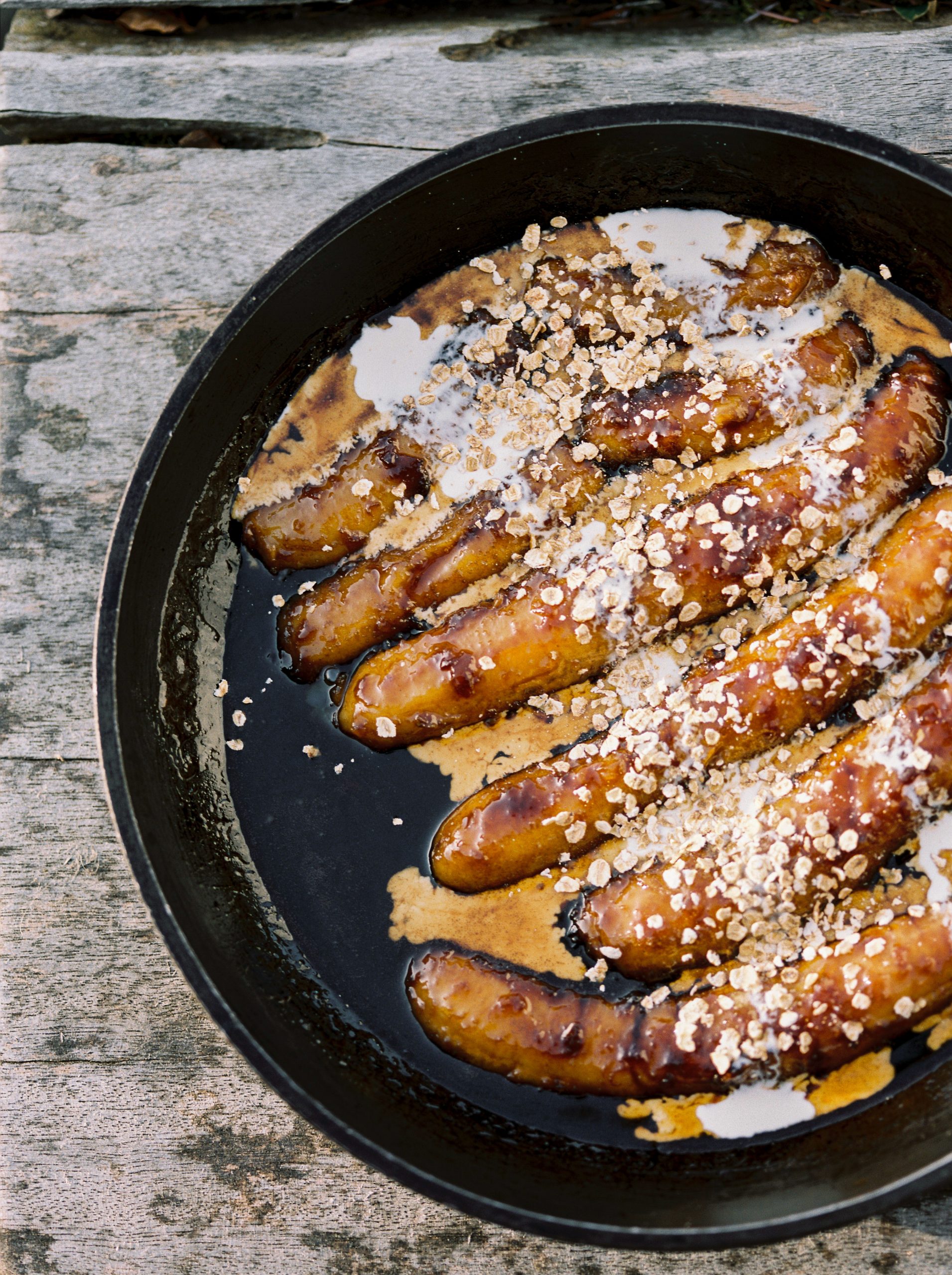 On this culinary journey through the Highlands of Scotland, award-winning food writer Ghillie Basan meets a host of artisan food producers, farmers, crofters, fishermen and distillers in her new book, A Taste of the Highlands. Our recipe of the week is the deliciously warming caramelised bananas with Glenmorangie, cream and toasted oats.

Caramelised Bananas with Glenmorangie, Cream and Toasted Oats from A Taste of the Highlands by Ghillie Basan

As we already know, the combination of oats and whisky is a match made in heaven – well, for Highlanders anyway – so the fudge-like consistency of the bananas and sugar can only add to that culinary narrative. For all the right reasons, this was my father’s favourite pudding. I’ve gone for Glenmorangie 10 as the whisky of choice because the fruit, honey and toffee notes complement the banana on the palate but, once again, just use whichever whisky you prefer or
have in the cupboard.

Tip the porridge oats onto a baking tray and pop in the oven for 10–15 minutes, until they begin to brown. Leave to cool.

Melt the butter in a heavy-based frying pan. Add the bananas and sear for 1–2minutes. Sprinkle in half the sugar. As it melts in the butter and around the bananas, sprinkle in the rest. Once the sugar has started to melt, add the first dram of whisky – if you are using gas you might prefer to do this off the heat.

Want to get creative in the kitchen this week? Try this recipe from Ghillie Basan’s acclaimed cookbook, A Taste of the Highlands!...
Read More
Other Worlds is a captivating collection of poems devoted to the sights, sounds, and feelings of Scotland’s islands. Editor Stuart Conn has...
Read More
Our poem of the week is ‘A Year, Aye?’ taken from Michael Pedersen’s dazzling collection Oyster. You can see Michael performing...
Read More