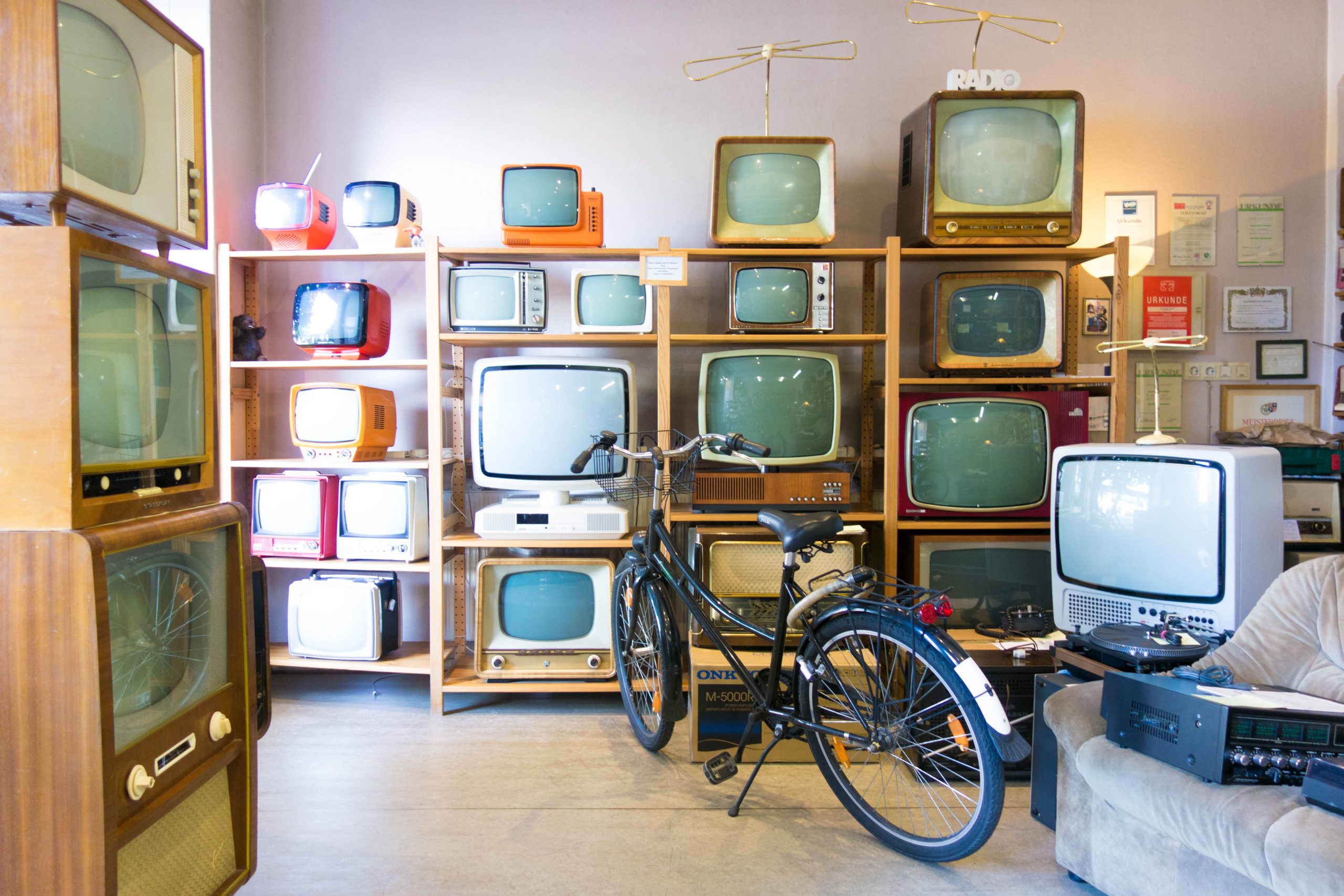 As the nation marks 100 years of the BBC (starting with early radio broadcasts), we can all enjoy their ‘Collection of 100 Voices’. One section contains the voices of the individuals who ‘battled against indifference and techincal difficulty’ to bring us television. Take a look back at the work of the then young Scottish engineer, John Logie Baird, who, in the early 1920s, was one of those individuals and created a working contraption using ‘a tea-chest, biscuit box, hat boxes, darning needle’ and wood that enabled him to ‘pass a beam of light through a rapidly spinning disc punched with holes’. By April 1924 he had succeeded in transmitting basic images and letters of the alphabet over very short distances. And so it began. He went on to demonstrate at Selfridges in Oxford Street and then, in 1925, was granted a license to conduct short transmissions from London’s West End. And in 1929, the BBC began experimental broadcasts using their transmitters to less than 100 viewers.

A missing chapter from John Logie Baird’s autobiography has been discovered in Hastings Museum by his son, Professor Malcolm Baird. Watch the remarkable first reading of that chapter on Youtube now. And a second episode, newly released.

But for the full story, download the eBook, Television and Me: The Memoirs of John Logie Baird, edited by his son, Malcolm Baird.

Our recipe of the week is the simple but delicious Wee Jam Tarts from The Scottish Baking Bible by Liz Ashworth. Wee jam tartsMakes 12 tarts Sweet...
Read More
2022 marks the 75th anniversary of Edinburgh becoming the world’s festival home. Formed in 1947 to bring together people, cultures and ideas,...
Read More
Author Carrie Dunn is a journalist and academic specialising in sports, feminism, and popular culture, making her both educated and enthusiastic...
Read More