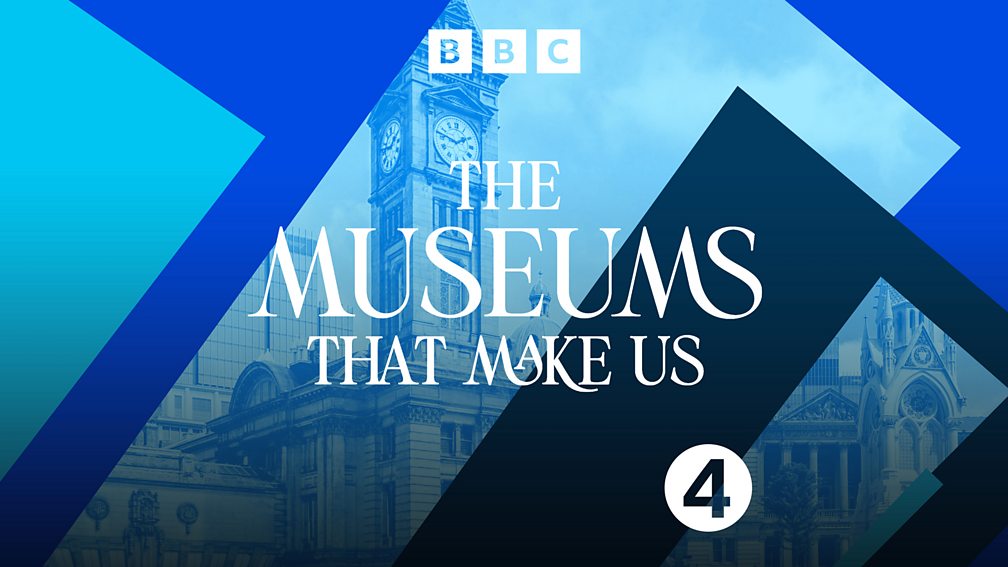 Neil MacGregor, presenter of The Museums that Make Us programmes on BBC Radio 4 and known throughout the world for his earlier series, A History of the World in 100 Objects, chose The Great Tapestry of Scotland as ‘the museum that epitomised the changes in purpose and practice encountered’ on his travels, ‘a demonstration of what the close collaboration between curator and public can achieve’. Listen to the broadcast here on BBC Sounds.

When Neil MacGregor – radio royalty – comes to call it makes every moment of a 10+ year project worthwhile. Our very own authors and illustrator Alistair Moffat, Alexander McCall Smith and Andrew Crummy have been there from the start, along with Dorie Wilkie and 1000+ stitchers and a bunch of impressive co-ordinators, fundraisers and tour programmers.

A magnificent storied space.  As you will have noticed, I was impressed and enthused — a real people’s history that has humour and pathos, erudition and wit, and where in every panel you feel the presence and the engagement of the makers.  I don’t think that I have ever seen anything like it — certainly not on such a scale. Many congratulations.

Neil started the final programme in the series asking the simple question, ‘What are Museums for?’ Over the course of the series he had received a range of responses from curators across the UK:

‘For this series I have been visiting museums all across the UK and everywhere I have been encountering curators and directors who see their collections not only as secure storehouses of important things from the past but also as… agents of change, to be used by the local community to explore the questions that pre-occupy them now. These museums are aiming to show us not only who we were but crucially who we want to be. This is a profound shift, a great expanding of the institution’s purpose and a return to the Enlightenment ideal of museums that make us… make us better citizens, more aware, more informed. Make us a more tolerant, cohesive society.’

‘Everywhere, I have found a willingness to confront difficult, potentially explosive histories whose scars are still visible… The museum can’t do it all by itself… All have started with the assumption that they can reach their goal only if they work with the local community.’

‘And that has meant another radical change in how museums think and act, inviting the public to take an active part in discussing and presenting the histories that affect them… join an active dialogue between guardians of historical truth, the curators and the public who decide why that truth matters for them now. In short, everywhere, the visitor is becoming a co-curator of the display and unsurprisingly members of the public have responded to that invitation with verve.’

‘I hankered after something more tangible to round off this series… Was there a museum that epitomised the changes in purpose and practice that I’d encountered on my travels, a demonstration of what the close collaboration between curator and public can achieve? … I opted for The Great Tapestry of Scotland, a huge snaking story of the people and history of Scotland, told in around 160 panels… several times the length of the Bayeux tapestry and like the Bayeux, it is not a tapestry at all, it is an embroidery.’

‘Brainchild of the Edinburgh writer Alexander McCall Smith, given substance by the historian Alistair Moffat, designed by the artist Andrew Crummy and sewn by many hundreds of stitchers from all over Scotland, I travelled to see it in its purpose-built home, a huge wigwam like structure in the Border town of Galashiels, where the panels are displayed at eye-level, chronologically, on a series of spokes radiating out from a central space, so you can walk up and down through the centuries.’

‘… [There is] a richness of colour and content that you find in every one of these panels. This story goes from the very beginning right up to now…critical moments of growth and decline, all in these brilliant colours with household objects’

‘One of the key strands of the romantic notion of Scottishness was the invention of Clan tartans, every single person had a pattern and so a place in the wider pattern. There is lots of tartan in the Tapestry and it has turned out to be a wonderfully flexible symbol of Scottishness that can accommodate any amount of diversity. Today the Sikh tartan takes its place along with MacDonalds, and Buchanans and my own MacGregor and that growing diversity of Scotland is reflected in some of the last panels.’

‘What do you hope people will take from this place when they imagine the Scotland they are going to make in their lives?’

Alistair Moffat: ‘That they were involved in its past. No matter how humble their origins… it doesn’t matter, this is your history, this your story and these are the bits of it, especially in the last 50 years, that you might remember.’

‘I know this sounds a bit naff, but I can hear the music of this thing, the music is the people talking, mill-wheels turning, gulls screeching at the catch behind the herring boat, a shepherd whistling and swearing at this dogs, the bang of a hammer on steel in the Clyde – that’s the music of it and you hear that as you walk around. It’s an extraordinary privilege to have been involved in this. I get very, very emotional about it because this, this is about as near as it gets to being us.’

Neil MacGregor: ‘That ultimately is surely what all museums are for… to allow us, the visitors, to find our place in the story. I called this series The Museums that Make us but it has become energizingly clear that they can fulfil this civic role only if visitors play their part, bringing to the accumulated knowledge of the museum their own imagination, experience and emotion. The museums that make us must also be museums that we play a part in making.’

Visit The Great Tapestry of Scotland in Galashiels. Or read about it in the books below.

Hugh Andrew, Founder and Managing Director of Birlinn Ltd, has been awarded the Royal Scottish Geographical Society Shackleton Medal, for leadership...
Read More
Aye Write is back for 2022 with a live programme of over 200 events. Tickets are now on sale for all all three weekends from 6th to 22nd May. The...
Read More
Did we have a cracking start to Spring last week? Yes we did… at the launch of Alternatives to Valium in a brand new bookshop, and with a...
Read More