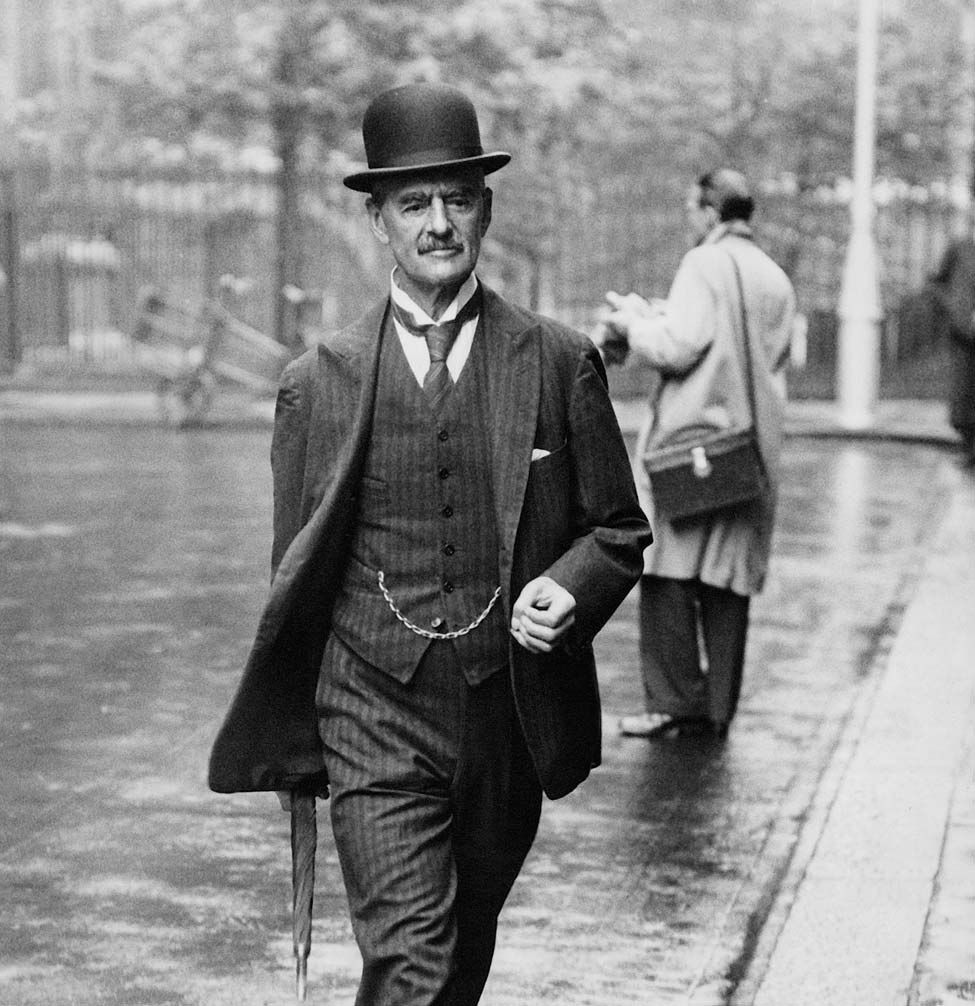 Neville Chamberlain is remembered today as Hitler’s credulous dupe, the man who proclaimed in September 1938 that the Munich agreement guaranteed ‘peace in our time’. Neville Chamberlain: The Passionate Radical is a magisterial reappraisal of Chamberlain and his legacy, by esteemed historian Walter Reid. Find out more about this book in the below extract, and order the book on our website here.

Extract from Neville Chamberlain: The Passionate Radical by Walter Reid

As the nineteenth century moved into the twentieth, a young man, subsequently to be a Prime Minister of Great Britain, lived rough for five years, a pioneer on the edge of the Empire. He rarely saw another European face. He spent long days labouring under the tropical sun. He tested his strength against that of the native labourers, who idolised him, and taught himself to sail single-handed. Who was he?

Some hints. He never went to university. He spent his frontiersman evenings educating himself, reading widely, coming to love Shakespeare more than any other politician of his time. Despite the rigours of this early life he was a man who enjoyed his pleasures. He was far from teetotal and would suffer from gout. He loved his cigars as well as his wine. He entered politics overshadowed by the reputation of a great parliamentary father, whose last days had been marred by cruel incapacity. He venerated his father’s memory and, an emotional man, his voice shook when he spoke of him. Could this be Churchill?

Given the title and subject of this book, this tease was never going to work; but in other circumstances it might have taken some time before the penny dropped and the hardbitten colonial pioneer was identified as Neville Chamberlain, the funny man with an umbrella who capitulated to Hitler and came back from Munich flapping a piece of paper and talking about peace in our time: the point I want to make right at the outset is just how misleadingly history remembers Neville Chamberlain. The crass caricature has persisted. How can it be reconciled with the kind of young man who lived the life I’ve just described? That’s what this book is about: unpacking a very private man and showing how very far his reality was from the way in which he is remembered: ‘the undertaker’, ‘the coroner’, ‘the man with the umbrella’.

What emerges is just how human and susceptible – how passionate – he was. It was to some extent his very humanity and vulnerability that’s to blame for the bloodless image. In his shyness he constructed a shell to conceal what he thought demeaning. The fact that he was a man of flesh and blood does not of course mean that he was wholly likeable. He was far from that, very far indeed. He didn’t feel it necessary to fight against his shyness. Indeed he was rather proud of his reserve, and behind it, like not a few shy people, he had a good opinion of his own abilities. Thus he could be high-handed and dismissive of those he felt to be his intellectual inferiors. Perhaps he should have resolved to master that shyness. Maybe not doing so was a kind of arrogance. Certainly, in the last half of his adult life, arrogance was his dominant characteristic.

But it’s worth understanding what made him tick, because he’s much more complicated and interesting than the moustache and umbrella matchstick man. After his return from the tropics he was a businessman and a very good accountant (which doesn’t help the image), but what truly animated him were not the intricacies of finance, but emotions and ideals – emotions and ideals for which he worked through the medium of politics.

Not many 1930s politicians have images so fixed in the popular imagination as Chamberlain. Even people who have little interest in the politics of the interwar years will have, many of them, an image of this fussy little man (actually he was quite tall), almost a Charlie Chaplin lookalike, with his wing collar, an irritating moustache and an unbelievable capacity for credulity as far as Hitler was concerned. In the popular view, he was a tiresome presence which had to be disposed of before Churchill could get on with winning the war and bringing out the greatness of Great Britain. The irony is that not only is the caricature so well defined, but also that it’s so wrong. The first paragraph of this section was a puzzle which didn’t come off very well: ‘Who was this man?’ The rest of the book is an attempt to answer the bigger and more difficult question: ‘Who was the real Neville Chamberlain?’, and we’ll start by returning to a minor island in the Bahamas.