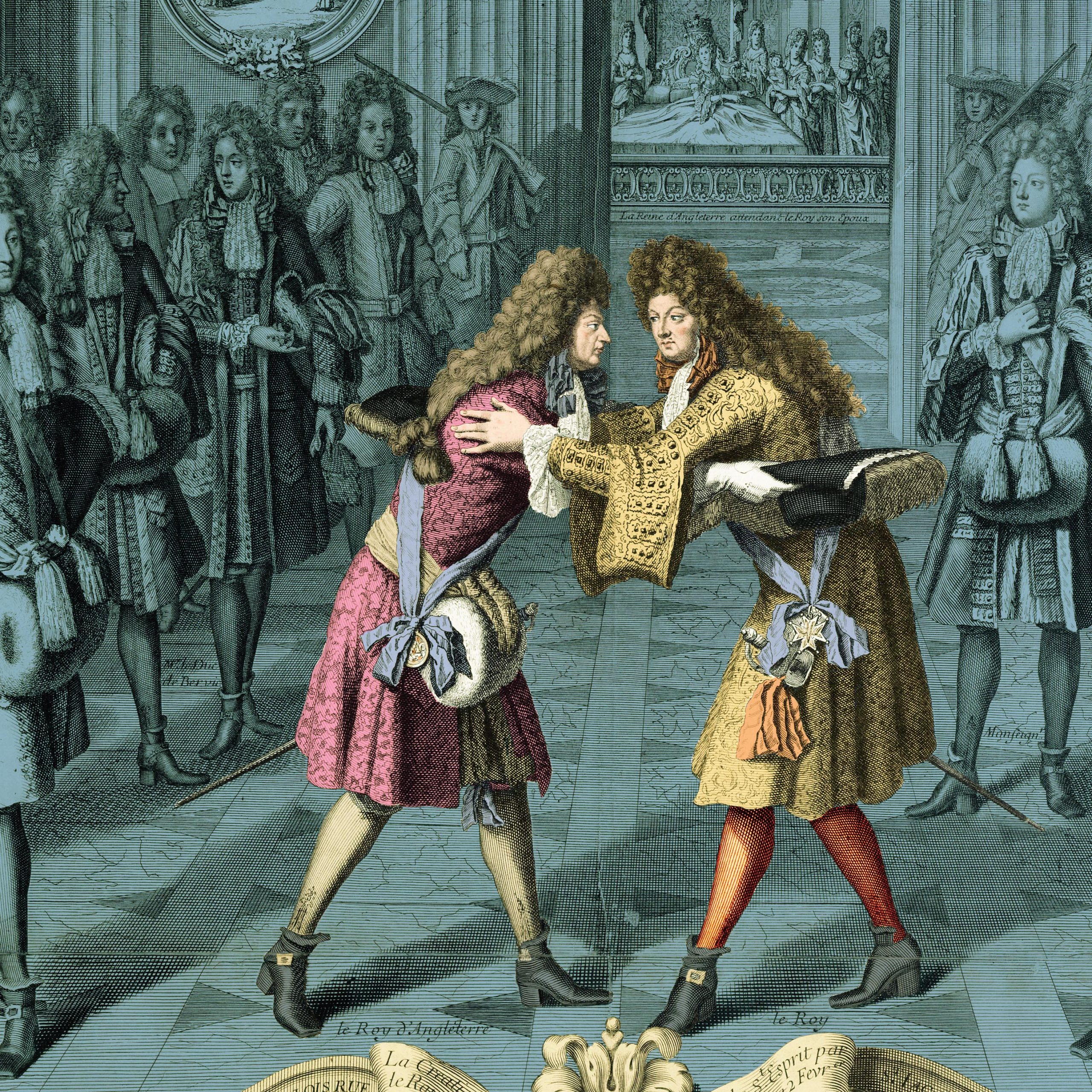 New in paperback this week, The King Over The Water by Desmond Seward is the first modern history for general readers of the entire Jacobite movement in Scotland, England and Ireland. Seward weaves together the complex strands of this history into a compelling narrative. The Telegraph called it a ‘bracingly revisionist history’ while the FT praised its style as ‘swift and cinematic’. This extract, detailing James VII and II’s early years and his conversion to Catholicism, gives a flavour of Seward’s inviting style.

Extract from The King Over The Water by Desmond Seward

History is full of wicked uncles who rob a nephew of his inheritance. Wicked nephews are rarer. The outstanding example is William, Prince of Orange, who stole the crown of Great Britain from his mother’s brother, King James II – not only his uncle but his father-in-law.

Early in autumn 1677 Princess Mary, elder daughter of James, Duke of York, who was the heir to the throne, burst into tears when told she must marry her cousin William. She cried until bedtime and all next day. Fifteen years old, her only education other than embroidery had been to play the spinet, apart from reading her Bible and that pious work The Whole Duty of Man. Although brought up as a Protestant by command of her uncle Charles II, she did not want to leave her Catholic father and stepmother.

Twelve years older than Mary, four inches shorter, skeletal, round-shouldered, eagle-nosed and racked by asthma, William
seldom spoke and rarely smiled. Even Bishop Burnet, who admired him, deplored his coldness and reserve. Despite a Stuart mother, his English was poor, and he spoke with a thick Dutch accent. Nevertheless, the marriage took place in November.

Three years before, the French ambassador had told Mary’s father to fear such a marriage as he feared death – warning that the Prince of Orange would one day become England’s idol and take away his crown. When that day came, James quoted a line from the Bible: ‘I repent that I gave my daughter to him for he sought to slay me.’

As a boy James had been imprisoned by Parliament, escaping just before the execution of his father Charles I in 1649. In exile, service with the French army under the great Marshal Turenne taught him to think in terms of military discipline for the rest of his life. He took part in the savage skirmishes in and around Paris that crushed the Fronde – France’s last challenge to absolutism before the Revolution.

Soon after the Restoration, in 1660, he married Anne Hyde, the daughter of his brother Charles II’s chief minister, the Earl of
Clarendon, by whom he had two children – Mary, who married the Prince of Orange, and Anne, who married Prince George of Denmark. Two years after the death of his first wife in 1671, he took a new one, Mary of Modena.

In 1676 he became a Catholic, but in secret. Four years later, however, he told his friend George Legge that he could no longer hide his religion and had resolved by God’s grace never to do so damnable a thing. If helpful in the next world, such firmness would be a handicap in this one.

His conversion was greeted with a horror that found expression in the Popish Plot of 1678. This was an imaginary conspiracy invented by Titus Oates who claimed that, bankrolled by Spain, the Pope and the Jesuits were about to invade England, kill King Charles and every Protestant, and put James on the throne. Forty innocent Catholics went to the scaffold. During what became known as ‘the Exclusion Crisis’ of 1679–81, the Whigs, who used the plot to dominate the House of Commons, passed a bill to stop James from succeeding his brother. If he became king, ‘a total change of religion within these
kingdoms would ensue’.

Seventeenth-century England’s fear of Catholicism cannot be exaggerated – the nearest modern parallel is Islamophobia. On
5 November, ‘Gunpowder Treason Day’, parsons thanked God for saving ‘our Church and State from the secret contrivances and hellish malice of Popish Conspirators’. The recent Fire of London was supposedly among the contrivances, while people still shuddered at the memory of the fires of Smithfield lit by Bloody Mary, terrifyingly recalled in Foxe’s Booke of Martyrs, or at how Irish Catholics had massacred Protestants in 1641. It was easy for them to believe that there really had been a Popish Plot.

Catholics formed two per cent of the population at most (if 25 per cent in some areas of Lancashire), but included a fifth of the peerage and a tenth of the gentry, which made them seem more numerous than they really were. These ‘recusants’ kept secret chapels in their manor houses – the only places other than embassies where Mass could be heard – insisting on their tenants and servants being Catholics too. A tenant farmer or kitchen maid with a grudge might ruin them by reporting the presence of a chaplain. They also ran a highly efficient network for smuggling priests into the country and moving them from one safe house to another, and for sending children to be educated abroad.

Despite the dread of Catholics, eventually their more levelheaded fellow countrymen saw through Titus Oates’s lies, realising that the Popish Plot had never existed. The Tories (as they were starting to be known) grew alarmed by Whig ambitions, and the Lords threw out the Exclusion Bill. Once again James was heir to the throne.