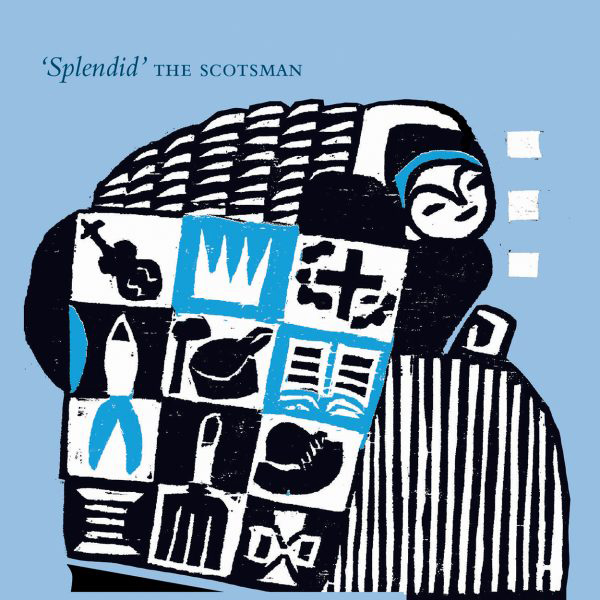 March is Women’s History Month, with International Women’s Day taking place on 8th March. Rosemary Goring’s anthology, Scotland: Her Story, is an essential guide to Scottish women’s history. From the earliest narratives of women’s lives to contemporary memoirs, it tells the history of Scotland through women’s eyes and celebrates the achievements (not to mention the endurance) of Scottish women in all walks of life. We will be sharing extracts throughout the month.

We begin with literature: in this extract, Janice Galloway reflects on the lack of women authors in the curriculum when she was at school, and the barriers she faced when becoming a writer.

‘Who Do You Think You Are’ by Janice Galloway, from Scotland: Her Story

When I was very wee I didn’t read at all. I listened. My mother sang Elvis and Peggy Lee songs, the odd Rolling Stones hit as the appeared. These gave me a notion of how relationships between the sexes were conducted (there were no men in our house), the meaning of LURV (i.e. sexual attraction and not LOVE which was something in English war-time films that involved crying); a sprinkling of Americanisms (to help conceal/sophisticate the accent I had been born into and which my mother assured me was ignorant and common) and a basic grounding in ATTITUDE (known locally as LIP). This last, was the most useful one. In fact, the only useful one. The words to BLUE SUEDE SHOES are carved on my heart.

I was reading by the time I went to primary school. I know because I got a row for it. Reading before educationally permissible was pronounced SERIOUSLY DETRIMENTAL TO HER IN CLASS. This was true because I had to do it again their way, with JANET and JOHN and The DOG with the RED BALL. Books were read round class i.e. too slow, and you got the belt if you got carried away and keeked at the next page before you were allowed by the teacher. WHO DO YOU THINK YOU ARE? she’d roar, SOMEBODY SPECIAL? Dulling enthusiasm, or at least not showing it, became an intrinsic part of my education. This did not trouble me. I was a biddable child. Most are.

At home, I read OOR WULLIE and THE BROONS, the BEANO and BUNTY. BUNTY was best because it had girls in it.
There was Wee Slavey (the maid with the heart of gold) and the Four Marys (who went to boarding school) amongst others. They had spunk. Only the former seemed a role model, however. I also read Enid Blyton Fairy Tales and Folk Tales of Many Lands, a whole set in the local library. When the Folk Tales were finished, I began fingering the Mythology Religion books on the adult shelves whereupon the librarian (Defender of Books from the inquiry of Grubby People and Children) smacked my hands and told me I wasn’t allowed those ones: I would neither like nor understand them and was only SHOWING OFF. This was another lesson in the wisdom of hiding natural enthusiasm because it sometimes annoyed people in authority.
I ran errands to the same library for my nineteen-years-older sister who read six books a week and hit me (literally) if I brought back books by women authors. WOMEN CANNY WRITE, she’d say: CAN YOU NOT BLOODY LEARN? She was afraid, I think, of Romance. Other hitting offences included asking to watch A Midsummer Night’s Dream, keeping a diary and, mysteriously, ‘reading too much’. Words, it seemed, carried pain, traps, bombs and codes. They were also, alas, addictive. Nursing bruises, welts and the odd black eye, I blamed myself. Earlier than I learned to do the same thing with sex, I learned to look as though I wasn’t doing it at all and became devious as hell . . .

Secondary school proved my sister uncannily perceptive. Women couldny write. There were none, not one, not even safely dead ones like Jane Austen, as class texts. On the plus side, they encouraged reading, largely on the grounds you could pass exams with it. You could only pass exams, though, with books from the school store, which meant the aforementioned no women and not much that was Scottish save Burns who had the added benefit of being useful for school suppers which girls might attend if they served the food. This troubled me a bit, but not oppressively. I was good at exams. I passed everything, though what to do then seemed a mystery to all, especially Head of Girls who told me I’d never get far with an accent like
mine, and why I wanted to go to University was anybody’s guess. Actually it was the Head of Music’s idea. With treacherous speed, I fell away from books and fell in love with MUSIC because nobody had told me (not yet anyway) that women canny compose. The Head of Music became my Bodyguard and my sister and the Head of Girls couldn’t say boo because he was a teacher. He taught me MOZART was pronounced MOTZART and not as spelled on the biscuit tin at home. He taught me lots of things. Through third to sixth year, I hoovered up Purcell and Byrd, Britten, Warlock and Gesualdo (my sister’s example meant I wanted nothing to do with something called Romantic music, even if it was by men) and sang folk songs. These
were not pop songs. They had better words and led me by a sneaky route to Opera. Opera! It was unbelievable! In my final year, the Head of Music gave me a copy of The Prime of Miss Jean Brodie, my first book by a living Scottish author. Read, he said. Learn. And he talked my mother, mortified in her school dinner lady overall, into letting me fill in the Uni forms. The day I left, I turned up at school in trousers and got sent home. This did not trouble me . . .

In three years of MA I read less than two Scottish authors and two women, all dead. My music list seemed not to know women or Scotland existed at all. There were no folk songs. In my third year, I cried a lot and everyone was very nice. They let me have a year out. I was, I realised with intense embarrassment, suffering from a broken heart. I went back and finished the fastest degree they had only because someone called the Student Advisor said, GIRLS OFTEN GIVE UP, IT’S
NOTHING TO BE ASHAMED OF. Books were bastards. I could no longer listen to music. There was only one thing for it. Teaching.

On teaching practice, I turned up at school in trousers and was sent home. This troubled me a bit but it wasn’t new. I could handle it. Eager as a squirrel, I taught happily for ten years. I got into trouble for not taking my register seriously enough and teaching stuff outside the syllabus to the ‘wrong’ age group sometimes, but the children were very forbearing. I was a good teacher, the Head informed me one day, but not promotion material. He wasn’t sure why. Maybe I needed my wings clipped. I thought he had a point. I wanted to stick with this job. I enjoyed the children, their enthusiasm and inventive cheek. I did not like the book shortages but teaching was fine. I still cried off and on and took to writing the odd poem, but wary I was heading down the primrose path of SHOWING OFF all over again, concealed them as much as I could. Occasionally I caught myself gazing down the stairwell, at the bland, blank walls. One day, a propos of nothing, I caught myself glaring at a child. WHO DO YOU THINK YOU ARE? a voice roared, terrifying from the back of the classroom. SOMEBODY SPECIAL? And the voice was mine. This troubled me a lot.

Bizarrely, it led me to reading. I re-read the curious woman who had written the equally curious BRODIE, then everything else I could run to ground. I read Carver and Kafka. I read Duras and Carter. I read Machado de Assis and Mansfield and Carswell and Borges and Woolf and chewed up national anthologies of stories – any country’s – whole. I fell over Gray’s big book about Glasgow that is also a big book about everywhere, and something clicked, not just from Alasdair’s work but from everybody’s. It was the click of the heretofore unnoticed nose I’d just found on my own face. It was astounding, a revelation. For the first time since I learned how to pronounce MOZART, I realised Something Big. I had the right to know things. Me. I had the right to listen, to think; even godhelpus to join in. A tentative glimmer of freedom started squirming around
beneath the sea of routine shame and I remembered being another way. I remembered being wee. I remembered the Saltcoats Library and the living room fireplace. I remembered Elvis. And I knew three things. I knew:
a) that all Art is an act of resistance;
b) that the fear of SHOWING OFF would kill me if I let it; and
c) the words WHO DO YOU THINK YOU ARE? stunk like a month-old kipper.
My mother was dead.
I had not seen my sister for years.
Reader, I started writing.