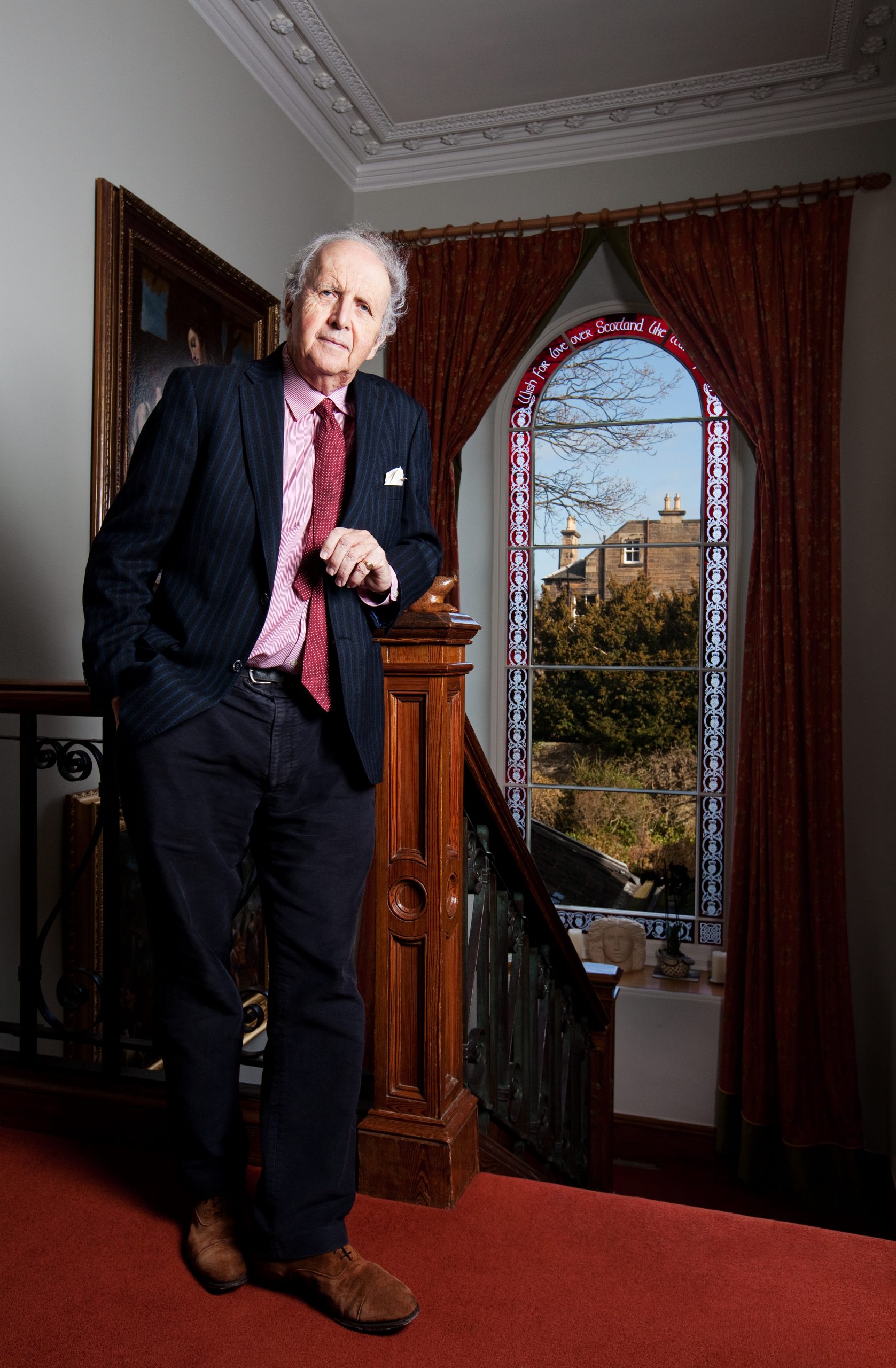 Internationally-admired Edinburgh-based author Alexander McCall Smith CBE has been chosen as this year’s recipient of the prestigious Edinburgh Award.

In recognition of his writing success, legal career and work within academia, Mr McCall Smith will be presented with an engraved Loving Cup from the Lord Provost and have his handprints set in stone at the City Chambers as soon as it can be arranged within the ongoing pandemic restrictions.

Emeritus Professor of Medical Law at the University of Edinburgh, Mr McCall Smith became a hugely successful novelist through his The No. 1 Ladies’ Detective Agency, The Sunday Philosophy Club and 44 Scotland Street book series, the latter of which is set in the heart of Edinburgh’s New Town.

He is now one of the world’s best-loved writers for both adults and children and his books are published in 47 languages.

He will become the 14th person to receive the award, following in the footsteps of last year’s recipient Ann Budge (2019) and fellow writers Ian Rankin OBE (2007) and JK Rowling OBE (2008), as well as fellow academics Professor Peter Higgs (2011) and Sir Timothy O’Shea (2017).

Writing four or five new books every year Mr McCall Smith’s career continues to go from strength to strength. The Edinburgh Award will go some way towards recognising Alexander’s celebrated and thriving writing career, through which he often shares his love of Scotland’s capital city.

Through his wonderfully charming and engaging writing Alexander McCall Smith has done much to promote Edinburgh across the world. It therefore gives me great pleasure to announce him as the recipient of the 2020 Edinburgh Award.

The Edinburgh Award enables citizens to pay a lasting tribute to someone who has made an outstanding contribution to our great city, and Mr McCall Smith has done exactly that through his truly impressive bibliography. He has written and contributed to more than 100 books including specialist academic titles, short story collections, and a number of immensely popular children’s books, becoming one of the best-loved authors in the world. He is a true advocate for Edinburgh through his writing and legal career and is a highly deserving recipient of one of Edinburgh’s most prestigious awards.

I am immensely honoured by this award. The people who really deserve it, though, are those who have helped me in my work: the publishers, editors, and bookshop staff who help get the printed word out about this wonderful city.

Nominations for the Edinburgh Award are invited annually from Edinburgh citizens and the awarding decision is taken by a judging panel chaired by the Lord Provost, with representatives from all political groups on the City of Edinburgh Council, Edinburgh Voluntary Organisations Council and Edinburgh Chamber of Commerce.

First launched in 2007, the Award is a way for Edinburgh residents to pay a lasting tribute to individuals who have made an outstanding contribution to the Capital through their achievements.