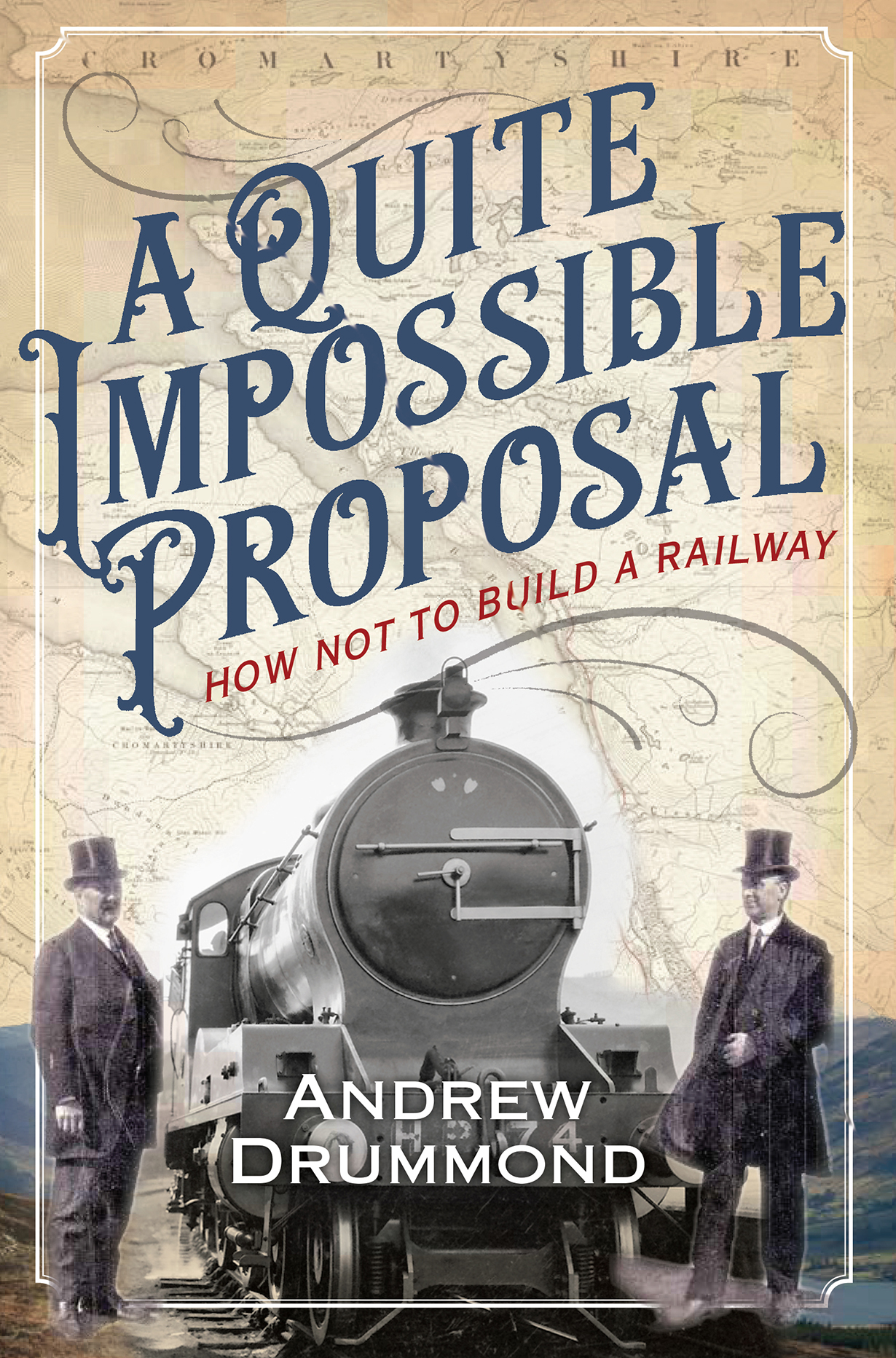 Join Andrew Drummond in a special launch-day video as he explores the fascinating world of his new book, A Quite Impossible Proposal: How Not to Build a Railway.

In the 1890s, the people of north-west Scotland grew tired of Government Commissions sent to consider a railway to Ullapool. Despite rock-solid arguments in favour of such a railway, neither government nor the big railway companies lifted a finger to build one. Against the recommendations of its own advisers, the Scottish Office dismissed the project as ‘a quite impossible proposal’. In 1918, history repeated itself with another Commission and another failure to build the railway. ‘Drivel’ is how one local man described the official government inquiry reports. Few disagreed.

This book tells the whole sorry tale of the attempt to improve transportation in the north-west Highlands and the resulting government inquiries, set against the region’s economic and social problems and civil unrest in the crofting communities. Stories, facts and figures have been unearthed from the archives of government departments and railway companies, from local people’s letters and petitions, from contemporary newspapers and from the plans prepared for the hoped-for railways. Other unbuilt railways to the north-west coast are also described.

But this story is not just about planned railways that were never built. It is about the frustrations of the people of the Highlands in the face of government incompetence, railway-company obstructionism, local rivalries and the struggle against the historical injustice of land-ownership.

Andy Drummond has also come up with a fantasy railway-company which he hosts on his website.  You can dive into it here:

You will find no fewer than seven different railway services to choose from, all of which were ‘quite impossible’.  Foremost amongst them, of course, the Garve to Ullapool railway…  You can view the convenient timetables, and muse over the fare-structure (all fares in £-s-d, you will be pleased to learn).  You can purchase a ticket for yourself between any two stations, or send goods (say, fish, or hearses, or large chests full of mouldering books).  Or you can buy a season-ticket (‘The Prudent Servant’ ticket) or a holiday travel pass (‘The Merry Idler’).

A Quite Impossible Proposal is available to buy now from our website here and your local bookshop.

Funny, scurrilous, chilling and gloriously inventive, Tam o’ Shanter is widely regarded as Robert Burns’ masterpiece, and one of his...
Read More
Go all out this Burns Night with these moreish filo haggis parcels from The Macsween Haggis Bible. This recipe uses the Macsween vegetarian haggis,...
Read More
Our music titles this year explore music heritage and social history from Edinburgh to the White House, and include brilliant anecdotes about...
Read More