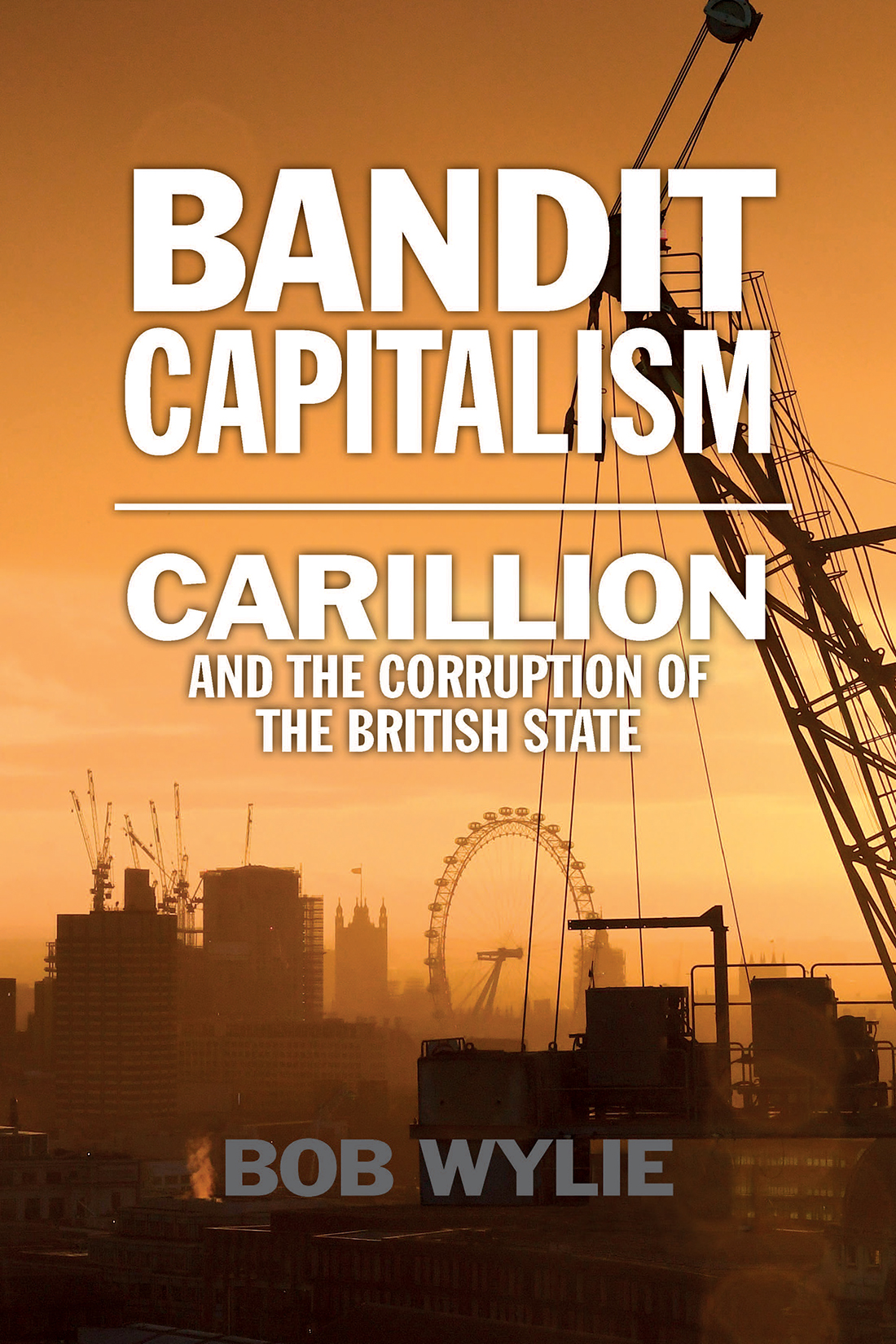 Put the kettle on. It is time to listen-in to the latest in our Podcast series.

In this exclusive, in-depth, launch-day episode of the Birlinn Podcast, Bob Wylie – a former BBC Scotland News Correspondent – is interviewed by fellow Birlinn author Ray Perman (Hubris: How HBOS Wrecked the Best Bank in Britain, and The Rise and Fall of the City of Money: A Financial History of Edinburgh) about Bob’s latest book, Bandit Capitalism: Carillion and the Corruption of the British State.

The collapse in January 2018 of the construction giant Carillion, outsourcer of huge Government building contracts, is one of the great financial scandals of modern times. When it folded it had only £29 million in the bank and debts and other liabilities adding up to a staggering £7 billion. When the total losses were counted it was established that the banks were owed £1.3 billion in loans and that there was a hole in the pension fund of £2.6 billion. That left British taxpayers picking up the tab to salvage the pensions owed to Carillion workers.

On one level, this is a familiar story of directors who systematically looted a company with the aim of their own enrichment. But in a wider context the Carillion catastrophe exposes everything that is wrong about the state we are in now – the free-for-all of company laws which govern directors’ dealings, the toothless regulators, the crime and very little punishment of the Big Four auditors, and a government which is a prisoner of a broken model born of a political ideology which it cannot forsake. Through the story of Carillion, Bob Wylie exposes the lawlessness of contemporary capitalism that is facilitated by hapless politicians, and gives a warning for the future that must be heeded. Bandit Capitalism charts, in jaw-dropping detail, the rise and rise of the British Oligarchy.

Bandit Capitalism is published on 10th Sept 2020 and is available to buy from birlinn.co.uk/product/bandit-capitalism/ and your local bookshop.

Our poem of the week is ‘A Year, Aye?’ taken from Michael Pedersen’s dazzling collection Oyster. You can see Michael performing...
Read More
Hugh Andrew, Founder and Managing Director of Birlinn Ltd, has been awarded the Royal Scottish Geographical Society Shackleton Medal, for leadership...
Read More
Aye Write is back for 2022 with a live programme of over 200 events. Tickets are now on sale for all all three weekends from 6th to 22nd May. The...
Read More