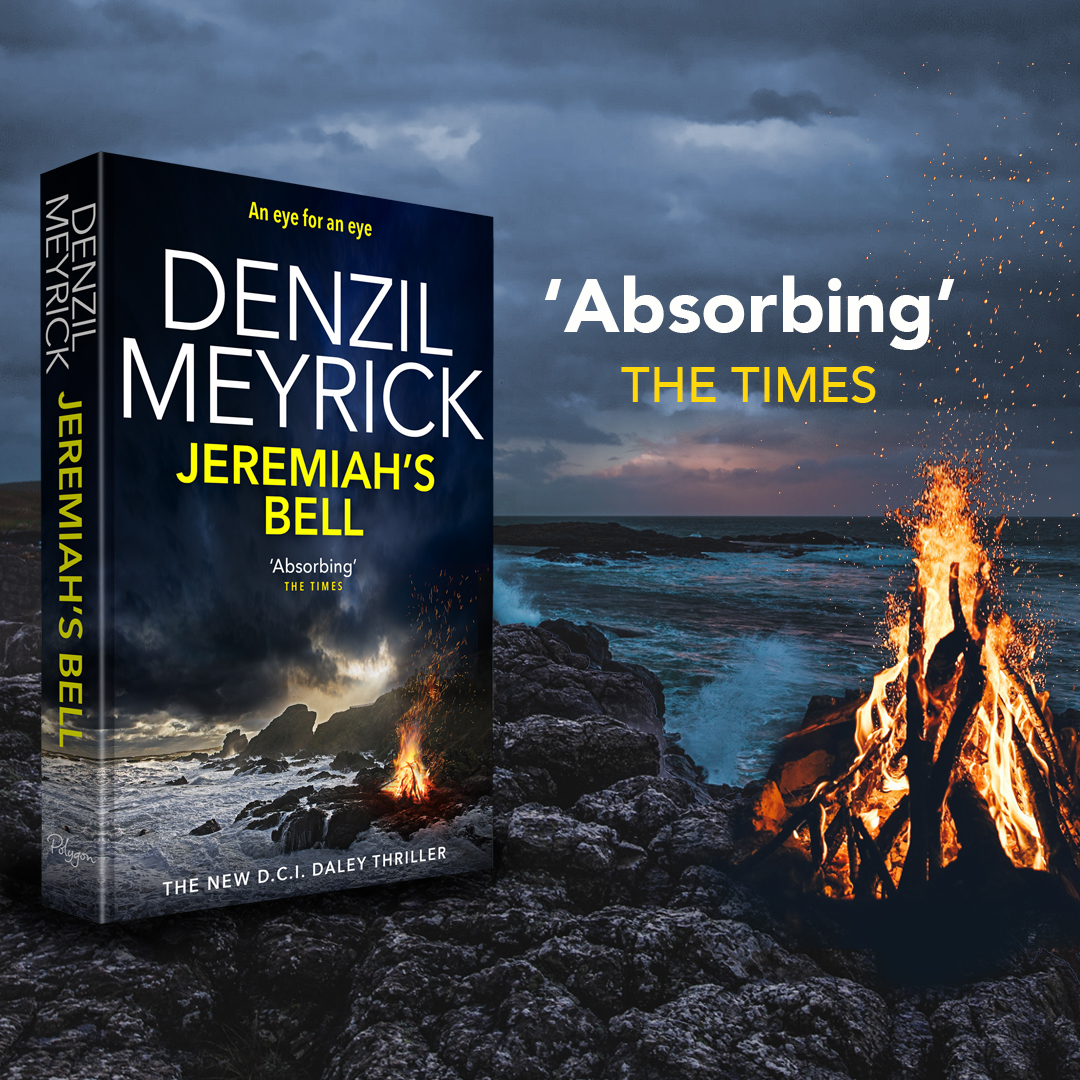 Today we are thrilled to launch Jeremiah’s Bell, the brand new novel in the DCI Daley series by bestselling author, Denzil Meyrick. He was joined in conversation with broadcaster Stuart Cosgrove, which you can watch on our YouTube channel here:

‘You’ll have a blast with these’

The images featured in the video are of the stunning Kintyre landscape, where Jeremiah’s Bell is set, and we were kindly permitted to use them by photographer Raymond Hosie. We hope they give you an insight into the atmosphere of the book and this beautiful part of Scotland.

We would also like to thank Lorne MacDougall for the use of his music in this video. The piece featured is called Port Na Sgadan to Firdale, and the name Firdale may be familiar to Denzil’s eagle-eyed readers!

“Spellbinding … one of the UK’s most loved crime writers”

Jeremiah’s Bell is the eighth book in the DCI Daley series, which has gone from strength to strength and has enjoyed bestseller status. Here is a little more information about this newest book:

Teenager Alison Doig disappeared from Kinloch over thirty years ago under mysterious circumstances. Her reclusive family still live in a remote part of the Kintyre peninsula, amidst rumours of wrecking, smuggling and barbaric cruelty.

Now rich American hotelier Alice Wenger has arrived in town, determined to punish those who made her suffer in the past. But someone has vowed to keep hidden sins concealed for ever.

Daley’s team must race against time to expose long-held secrets and shameful lies before there are any more victims.

After studying politics, Denzil Meyrick worked as a police officer, distillery manager, freelance journalist, and company director. He is originally from Campbeltown in Argyll, but now lives with his wife Fiona on Loch Lomondside.

Jeremiah’s Bell is out now and available to purchase from the Birlinn website and your local bookshop.

Packing for your summer holidays? Or just soaking up the Scottish sunshine while it lasts? Either way, Six Wounds is the perfect summer read, set in Spain’s Costa Blanca and laced with dark humour. ☀️ 🏖
Available now from your local bookshop or the Birlinn website. @gojabrown …

We are very proud to be publishing a brand new book by Stephen Proctor today, The Long Golden Afternoon. It tells the fascinating story of how Scotland's national pastime became one of the rare games played around the world. Available now from your local bookshop or on the Birlinn website. …

The Death of Remembrance is the thrilling new instalment to the DCI Daley series. Find out more in this video, and pick up your copy on the Birlinn website, from your local bookshop, or from your favourite online retailer. 📚 …

🌟 PUBLICATION DAY! 🌟 The Death of Remembrance, the brand new novel in the DCI Daley series is officially published today. It is an incredibly special one because not only does it mark the tenth anniversary since the first book was published, it is also the tenth novel published in Denzil Meyrick's bestselling series! @denzil_meyrick …