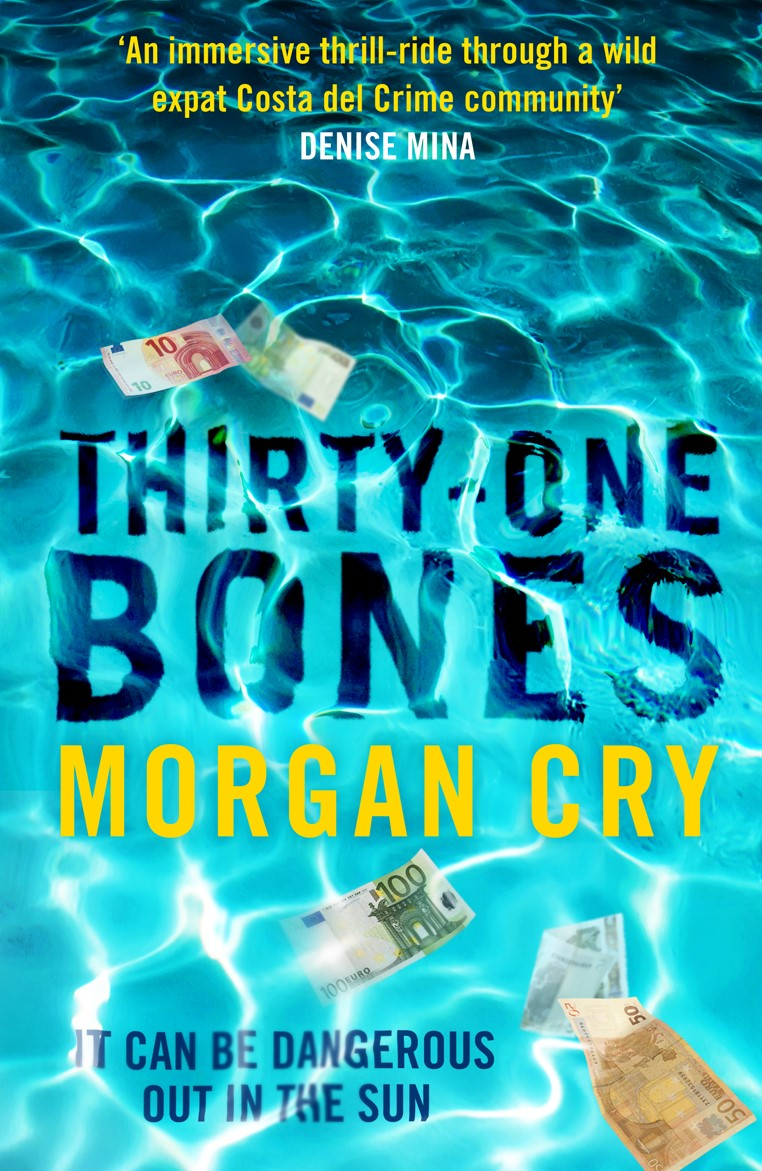 Polygon is delighted to announce that it has signed a second novel set in the Spanish town of El Descaro from Scottish crime writer, Morgan Cry. Cry also writes under the name Gordon Brown (and is co-founder of the Bloody Scotland crime-writing festival). The novel, Six Wounds, will be published in Summer 2021, one year after planned Polygon publication of Thirty-One Bones (July 2020).

Arcade / Skyhorse have sealed a handsome deal with Polygon’s agent Fiona Brownlee for North American rights on the first Morgan Cry, Thirty-One Bones.  The same agent has sold audio rights to Ulverscroft in the UK.

‘Humour and crime aren’t easy bedfellows but Gordon/ Morgan carries it off brilliantly in his new series. We have all been to the sort of Spanish resort that he describes with such detail – dodgy building developments, Brits with ‘unclear’ employment histories, Brit themed pubs whose economics aren’t entirely clear. Gordon’s trick is actually to people it with a cast of characters who you sort of want to meet. And sort of don’t at the same time. All of them chasing the dream and bumping up endlessly against the grubby reality of day to day existence in a Spanish town where a short stay has turned into a life sentence. Make yourself a sangria, put on some Julio Iglesias and enjoy! ‘

Thirty-One Bones is set on the Spanish Costa Blanca in the ex-pat British community. Criminal fun in the sun is the order of the day as Daniella Clouston faces threats from local misfits who claim that her mother stole huge sums of cash from them.

Six Wounds returns to the small Spanish coastal town of El Descaro, where Daniella Coulston is now running her mother’s bar. When the body of a London gangster is discovered on the premises, the finger of blame quickly points to Daniella. The local police captain is suspicious, the evidence is mounting up, and time is running out. Daniella must prove her innocence before her new life in the sun vanishes for ever.

Morgan Cry /Gordon Brown was born in Glasgow, and lived in London and Toronto before returning home. His day job, for many years, was as a marketing strategy specialist, and he helped found Scotland’s international crime writing festival, Bloody Scotland. He’s delivered pizzas, floated a high-tech company on the London Stock Exchange, compered the main stage at a music festival and was once booed by 49,000 people at a major football cup final. He is married with two children and Six Wounds is his ninth novel (his second for Polygon, writing under the name of Morgan Cry).