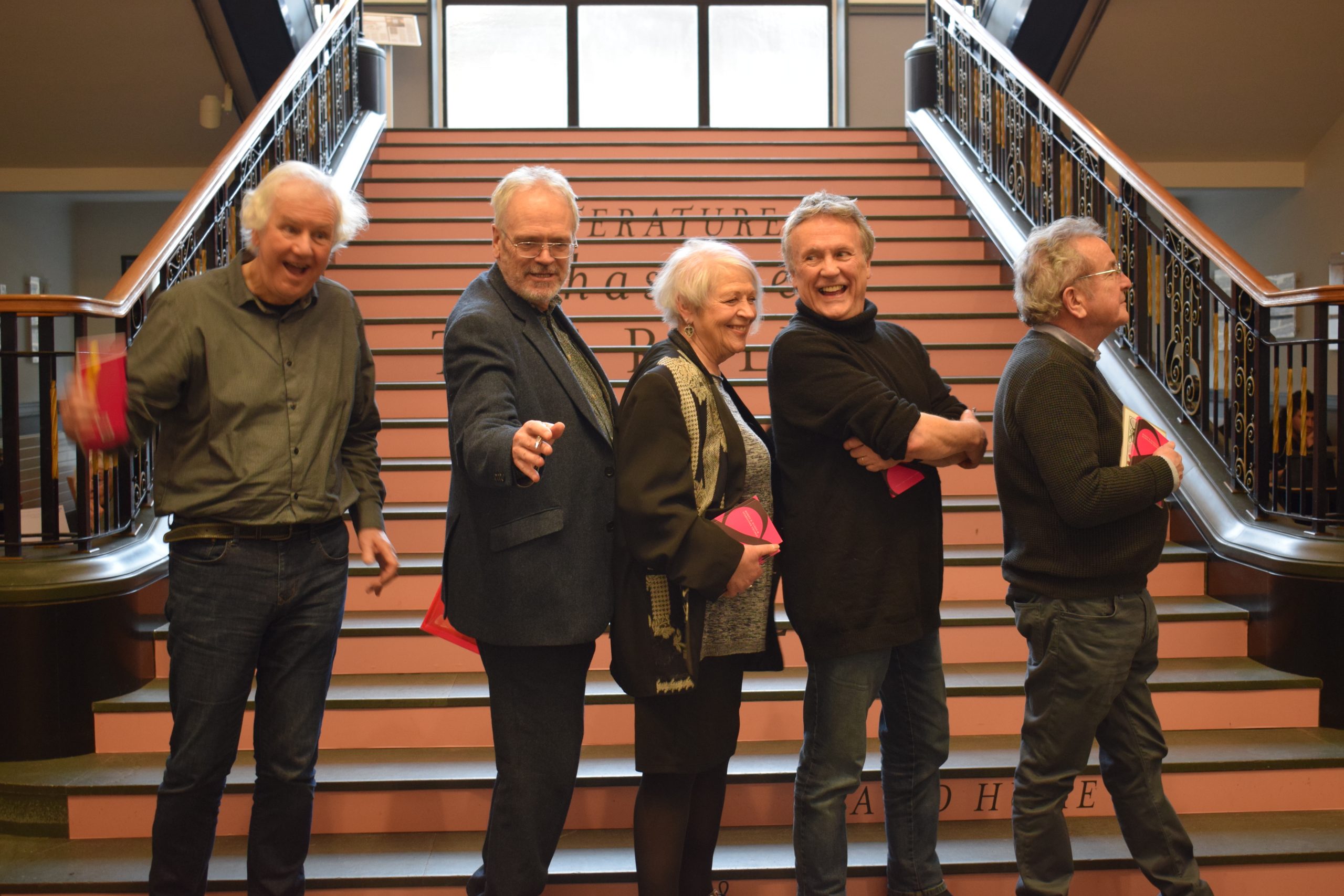 There was a decidedly celebratory air at the National Library of Scotland yesterday afternoon as crowds gathered for a momentous occasion: the reunion of The Lost Poets, a trailblazing group of poets and musicians who were Scotland’s reply to the Liverpool Poets in the seventies and eighties.

Last onstage together nearly forty years ago, The Lost Poets – Ron Butlin, Andrew Greig, Liz Lochhead, Brian McCabe and James Hutcheson, along with his band The Great Deep – graced the stage at the NLS for a vibrant performance of spoken word readings, songs, and ensemble pieces. Poems about Scotland (of course!), spiders, whisky, bitter rivals and old friends were interwoven with stirring musical performances and reflections on The Lost Poets’ remarkable careers.

“Here’s to what The Lost Poets embody: … being honest about Scotland, religion, family, self, happiness and making light of such things”

This event was not simply a celebration of the past, but a continuation of careers that have endured, distinguished by their many books, awards and accolades. The Lost Poets have also had a profound influence on today’s spoken word scene, particularly Neu! Reekie!, who are set to celebrate their ten-year anniversary this year.

To mark the occasion, Polygon has published Horns & Wings & Stabiliser Things, a collection of new and old poems from each of The Lost Poets, with a foreword by Michael Pedersen. A limited number of copies are available to buy here.

The event was orchestrated by the brilliant team at the National Library of Scotland and introduced by Polygon’s poetry editor, Edward Crossan.