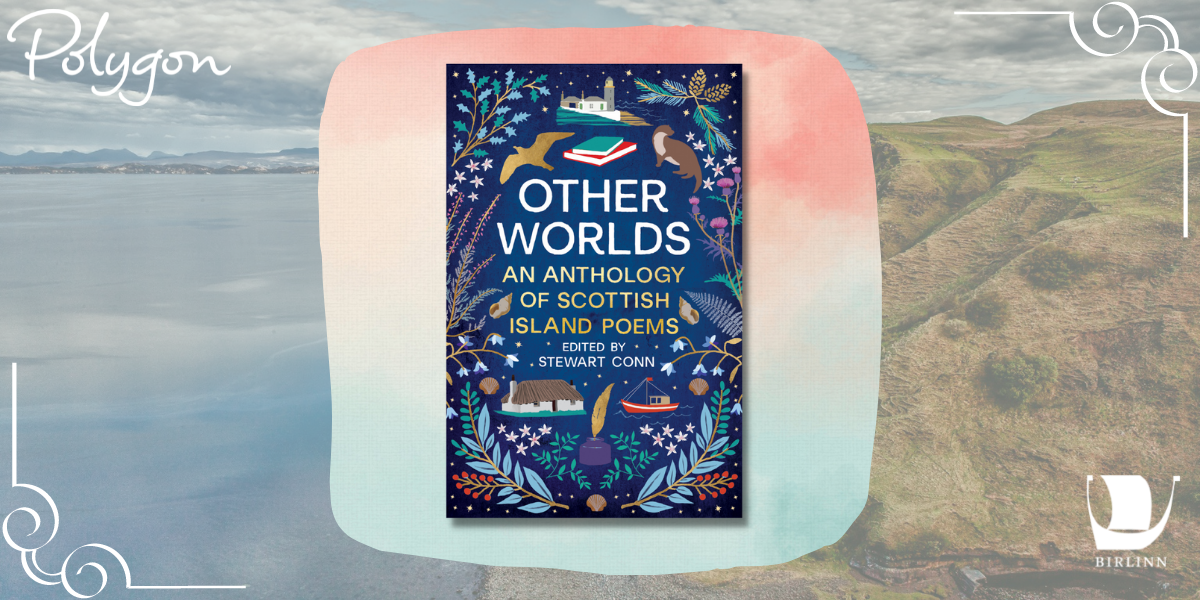 Other Worlds is a captivating collection of poems devoted to the sights, sounds, and feelings of Scotland’s islands. Editor Stewart Conn has selected poems to set readers’ hearts racing through a sharpening of memory, opening new vistas and evoking new states of mind. From Orkney and Shetland to the Hebrides, to Mull and Iona, Arran and Ailsa Craig; from St Kilda and Luing to Inchcape, the Torren rocks and the Isle of May, these poems will transport you to the shores of beautiful other worlds. ‘Lone Seal Travelling South’ by Norman Bissell is one of such poems, set in Mull, which comments on nature and humanity, and how we are intrinsically connected.

It was the kind of night when midges flitted
all ways in the windless night air
their wings transparent in golden sunlight
and sparrows whirred softly past
as you sat at your front door,
a lazy quietness taking hold of the place
and the village at peace with itself.
On such a night I took myself off to the shore
to catch another luminous sunset over Mull
and as I sat overlooking the calmest of calm bays
a lone seal came following the coast at dusk
travelling south along the Luing shore
every so often leaping out of the water
ducking down and with a flip disappearing
deep into that world of fish and clams
and all that seals dream of
to emerge further south along the coast
moving ever closer to the Ponds
where the big seals hole up on Glas Eilean,
and it was then I took to thinking
of that playful journey home
that we all make alone in the end
wandering the coast leaving no trace
but the lapping of waves on shore.