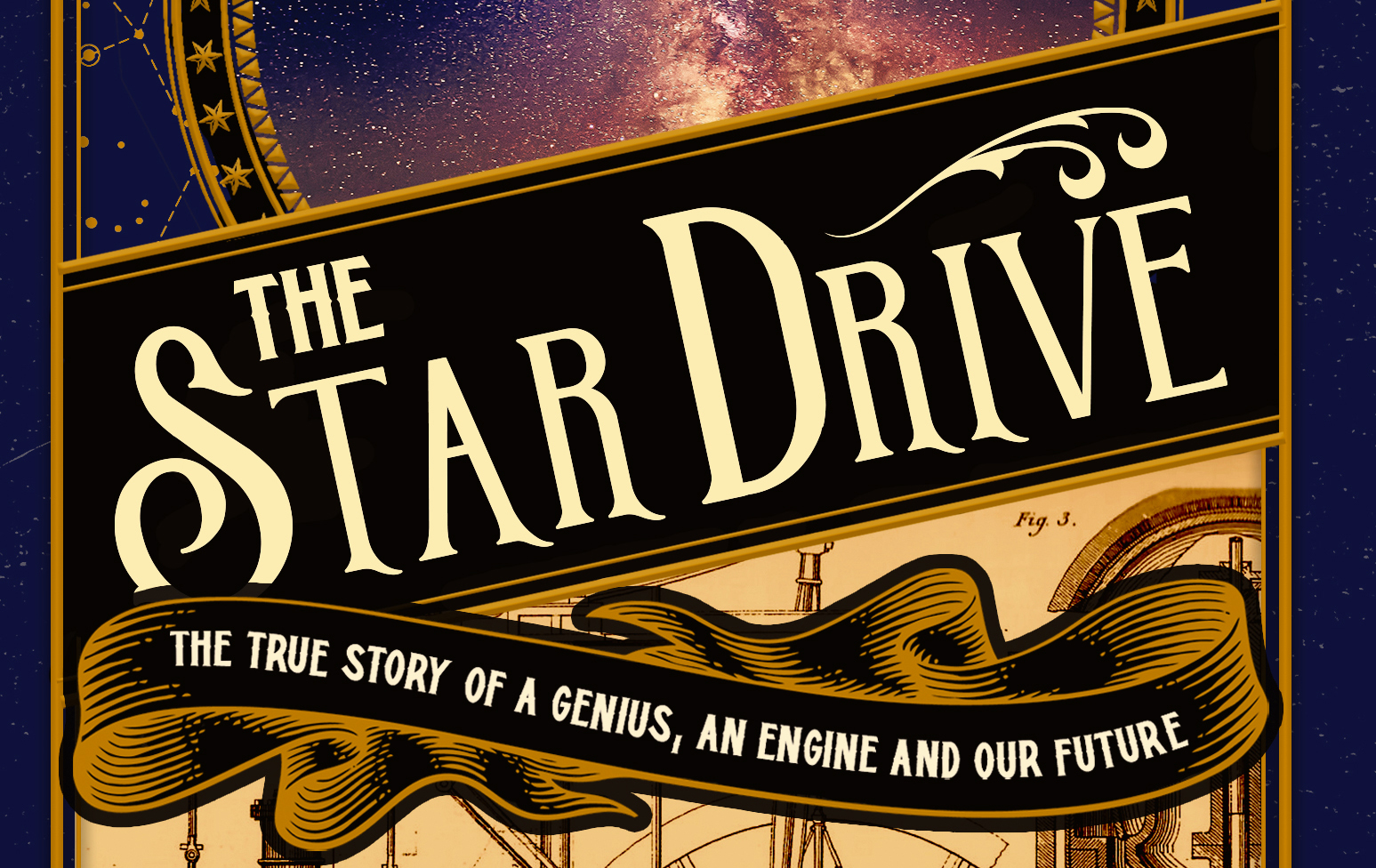 More than two centuries after it was first patented, the true potential of an engine created by a little-known Scottish minister is finally being realised. With the possibility of generating clean power on Earth and enabling us to travel far beyond our own planet, Robert Stirling’s invention could, quite literally, change the world. In this extract from THE STAR DRIVE by Phillip Hills we are introduced to Stirling’s invention and take the first steps on a truly extraordinary road.

The summer was bad that year, and it was bad all over. There were frosts in the spring, and in some places there was snow in June. There was frost again in August and the crops rotted in the fields. Farmers who had poor harvests thought themselves fortunate, for most had no harvest at all. The wheat crop failed; so did the potato. Even the oats, that hardy cereal which had evolved in northern climes, were mostly not worth the trouble of raising from the mud in which they lay. The sun was rarely seen, and when it was, it was blood-red. The rain never seemed to stop. It was the worst summer, by far, in nearly two thousand years.

The date was 1816 and the whole of the northern hemisphere was affected. The weather had been bad for some years past: most people had eaten their reserves of corn and there was nothing left. Famine crawled the land: across Europe, Russia, China and North America people and livestock died. More in some places than in others, but everywhere there was distress. The cause, as we now know, was a series of volcanic eruptions from 1812 onward, culminating in the eruption – or, rather, the disintegration – of Mount Tambora in what is now Indonesia. It was the biggest blast in recorded history – bigger by far than the sum of all the nuclear explosions since 1945. An aerosol of sulphur compounds was hurled into the stratosphere, the sunlight was dimmed and global temperatures dropped by about one degree Centigrade.

That is a lot more serious than it sounds. In an age of widespread belief in supernatural agency, people understandably applied to their god or gods for relief, though none seemed disposed to help. In the Laigh Kirk in the town of Kilmarnock in Scotland, the congregation looked on the bright side and thanked the Lord that their church had been rebuilt a few years before and at least the roof kept out the eternal rain. But, being good Calvinists, they regarded the foul weather as divine retribution for their – or at least for their fellows’ – sins. Such views were becoming less common among the more educated part of the populace, due to the influence of Enlightenment rationality in the preceding half-century. But even in the less-evangelical churches, a great many people clung to the notion that by amending their evil ways or, more commonly, by persuading their fellows to amend theirs, they might induce the deity which governed the universe to suspend the operation of causality in their favour.

In this they showed a certain lack of perspective, which is not uncommon in religious congregations of all denominations. The idea – that the deity might be persuaded to undo the effects of a few million tons of Mount Tambora dispersed in the stratosphere, in return for improved behaviour on the part of the townsfolk of Kilmarnock – seems disproportionate from our standpoint. It was not, apparently, from theirs. Prayers were offered up for better weather and promises of amendment were made.

In fairness to the Almighty, it must be admitted that the Kilmarnock folk didn’t keep their side of the bargain, so they couldn’t really complain. No doubt the promises were sincere at the time they were made, but the Minute Book of the Laigh Kirk session for the following year suggests otherwise. It shows the number of children born out of wedlock to have been slightly greater than before. (The Minute Book implies that there was little sin in Kilmarnock other than fornication. Since this would be viewed more tolerantly today, perhaps the Almighty’s reluctance to reverse the Mount Tambora event is understandable.)

In 1816 the Kirk of Scotland was not short of ministers ready to attribute failed harvests to human sinfulness, but their number was diminishing with the entry to the profession of young clergymen who had imbibed the philosophical and religious precepts of the later eighteenth century. The young man who had recently been called to the second charge in the Laigh Kirk was one of the latter; his name was Robert Stirling. His tenancy of the position was proposed in June and ratified in September. By the time he took up his duties, the dire condition of the country had become very obvious. We know from his actions and his later sermons that his inclination was rather to address a problem than to blame it on divine retribution for supposed immorality. Even so, what he did next was rather surprising: a week after his ordination he lodged an application to patent a device which would later be called a ‘heat exchanger’.

The purpose of the heat exchanger was to economise in the use of coal in furnaces by using the waste heat from the furnace flue to heat the air coming into the fire. (A fire which is supplied with hot air burns hotter than one which has to heat the incoming air.) It did this by doing what heat exchangers have done ever since: the cold incoming air is made to flow past the outgoing gas, smoke, etc. with only a thin wall between them. The heat is conducted through the wall from the latter to the former. It works both as a heater and as a cooler, depending on your point of view. The radiator of your car is a heat exchanger in which the heat from the engine cooling water passes through thin tubes and is transferred to the air which blows through it. Your central heating boiler passes the heat from burning oil or gas to the water which heats the radiators. The latter are also heat exchangers, since they transfer the heat from the water to the air of the room.

The Stirling heat exchanger invention was later to become important in the development of the steel industry and on that account alone the new minister of Kilmarnock kirk may lay claim to a place in industrial history. But it is with the second part of the patent application that we are concerned, for it describes an engine which, using modifications of his invention, might be applied to moving machinery. The application includes a drawing of the engine and from this, as well as the text of the application, it is apparent that Mr Stirling had more things in mind in the years preceding his ordination than theology and divinity.

Stirling’s patent application is in two parts. The first, and by far the larger part, is about his heat exchanger. He describes how the hot gases coming out of a furnace may be made to flow past the incoming air and so transfer much of their heat to it. This is a very important invention which was to be used in making the steel which would be so necessary for developments in engineering later in the century. And, ironically, it would make the steels which were needed for Stirling’s engine to work acceptably. But it is with the secondary part of the invention that we are concerned: an engine which, Stirling says, may be powered by the waste heat, by means of a modification of his heat exchange invention. And note: by the heat alone. No steam, no oil or anything of the sort. This engine was remarkable. It has often been described as revolutionary – but like many revolutions, it happened a bit too early.

About two hundred years too early.

Phillip (Pip) Hills is best known for his role in setting up the Scotch Malt Whisky Society. His interest in Stirling technology came about after finding a model of Stirling’s original engine for sale at London’s Portobello Road antiques market.