Walter Scott had more impact than any other author on this country. Quite simply, he reimagined Scotland. Previously conceptualised by the likes of Samuel Johnson as ‘primitive’, with a landscape that was ‘horrid’, by the time Scott was done Scotland was ‘sublime’. Scott is sometimes sneered at for creating an overly-romanticised ‘tartan and shortbread’ view of Scotland but when Stuart Kelly wrote about the author’s long shadow in his book Scott-Land, he subtitled it The Man Who Invented A Nation. If anything, that was an underestimation. Scott did not just reinvent what we think of as Scotland; but to some extent England as well. Caroline McCracken-Flesher argues that the tales Scott told, however romanticised, also provided for a national future in her book Possible Scotlands: Walter Scott and the Story of Tomorrow. So, 250 years after his birth, does Scott deserve his slightly tarnished reputation? Join Stuart Kelly and Caroline McCracken-Flesher to hear more.

This is a live event, with an author Q&A. If buying a ticket to watch the event in-person, some of the participants of this event will be on stage, and some will take part remotely and you’ll see them on a large screen in the venue. After the event, Stuart Kelly will be doing an in-person book signing on the Festival site.

(The Edinburgh International Book Festival will be a hybrid Book Festival in 2021 – a fabulous online programme of over 250 events for adults and children, streamed live on the website. Alongside, they will welcome in-person audiences for a wide range of the events in the programme, which you can book on their website. This year’s Book Festival will take place from Saturday 14 to Monday 30 August at their new Festival home: the University of Edinburgh’s Edinburgh College of Art on Lauriston Place in the heart of Edinburgh’s Old Town.) 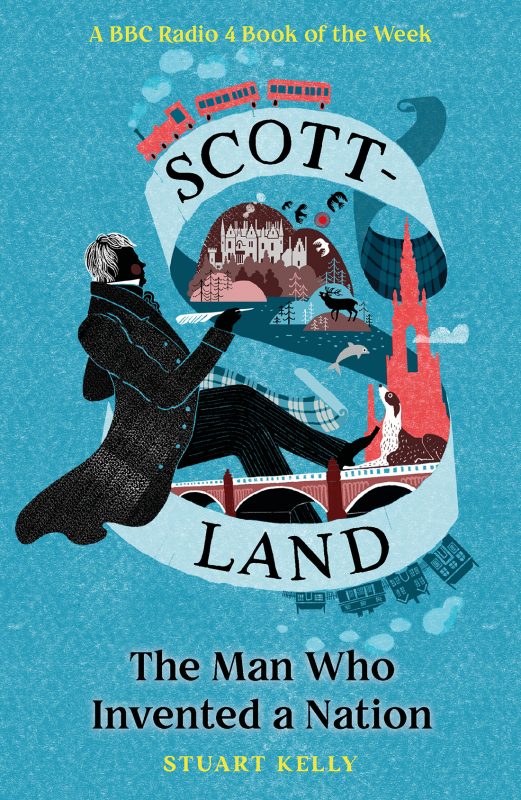