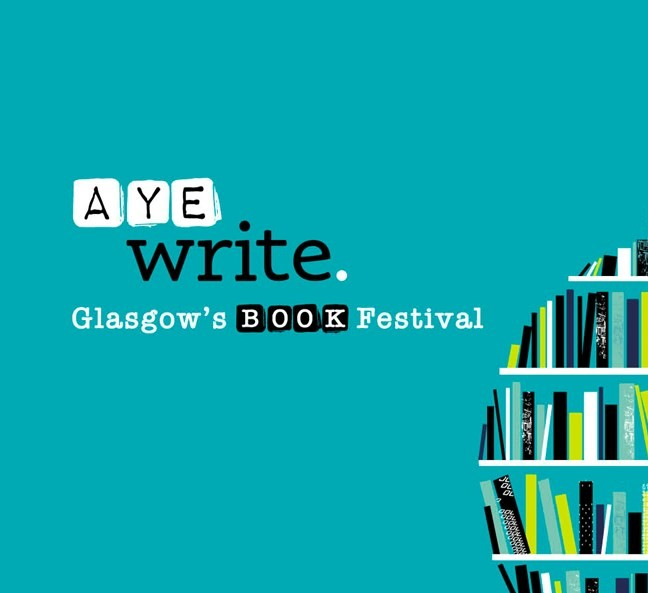 Aye Write is back for 2022 with a live programme of over 200 events. Tickets are now on sale for all all three weekends from 6th to 22nd May. The festival this year boasts a wide and varied selection of Birlinn authors. Whatever your interest, there is something here to suit!

Join Martin Bellamy and Isobel MacDonald to discuss the biography of William Burrell, timed well for the re-opening of The Burrell Collection after an extensive refurbishment. This new biography is based on recent research, full access to the Burrell archive and in-depth knowledge of the collection. Sir William was a complicated and private man who shunned publicity, adored his wife, but had a tumultuous relationship with his daughter. In politics Conservative, he campaigned for better housing conditions as long as this didn’t cause further expense to the taxpayer. The authors take a candid and considered view of who William Burrell the man was, what sparked his passion for collecting, and what his gift continues to mean to the city.

In Douglas Skelton’s A Rattle of Bones it’s 1752 and Seamus a’Ghlynne, James of the Glen, was executed for the murder of government man Colin Campbell. He was almost certainly innocent. When banners are placed at his gravesite claiming that his namesake, James Stewart, is innocent of murder, reporter Rebecca Connolly smells a story. The young Stewart has been in prison for ten years for the brutal murder of his lover, lawyer and politician Murdo Maxwell, in his Appin home. Why is a Glasgow crime boss so interested in the case? As Rebecca keeps digging, she finds herself in the sights of Inverness crime matriarch Mo Burke, who wants payback for the damage caused to her family in a previous case. Join Douglas and Alex to discuss how the North of Scotland has inspired their crime novels.

Merryn and James both write novels with a strong sense of history, nature and power of traditional storytelling. Merryn’s Of Stone and Sky is a profound mystery, a passionate poem, a political manifesto, shot through with wisdom and humour. It pairs perfectly with James Robertson’s study of how the land contains memories of the people who live and have lived there across generations. This is sure to be a profound and moving discussion of the places that make us and is not to be missed!

A lot of people will identify with these touching and entertaining memoirs about how music positively influenced the lives of these writers. Alastair McKay grew up in the fading Scottish seaside town of North Berwick in the 70s. An exceptionally shy boy, Alastair gradually found his voice through the punk explosion: the ethos that ‘anyone could do it’ prompted him to start writing, largely because it was easier than talking. From these hesitant beginnings, he would go on to a successful career in journalism, and Alternatives to Valium: How Punk Rock Saved a Shy Boy’s Life tells his life story.

Is a Non-Racial Sports World possible? Two writers approach the subject of racism in sport and look forward with positivity. In Dreaming the Impossible Veteran author and journalist Mihir Bose examines the way racism has affected black and Asian sportsmen and women and how attitudes have evolved over the past fifty years. He looks in depth at the controversies that have beset sport at all levels: from grassroots to international competitions and how the ‘Black Lives Matter’ movement has had a seismic impact throughout sport, with black sports personalities leading the fight against racism. However, this has also led to a worrying white fatigue.

In 1995 the National Trust for Scotland acquired Mar Lodge Estate in the heart of the Cairngorms. Home to over 5,000 species, this vast expanse of Caledonian woodlands, subarctic mountains, bogs, moors, roaring burns and frozen lochs could be a place where environmental conservation and Highland field sports would exist in harmony. The only problem was that due to centuries of abuse by human hands, the ancient Caledonian pinewoods were dying, and it would take radical measures to save them. After 25 years of extremely hard work, the pinewoods, bogs, moors and mountains are returning to their former glory. Regeneration is the story of this success, featuring not only the people who are protecting the land and quietly working to undo the wrongs of the past, but also the myriad creatures which inspire them to do so.

Is There a Pigeon in the Room? is a deeply personal book about Cameron Wyllie’s remarkable four-decade career in teaching. It’s a tapestry of anecdotes and reflections on topics like drugs, parenting, refugees, tragic events, his own status as a gay man and tells us the story of Tes, an Eritrean boy who inspired hundreds of young people with his love of education. Join two Head Teachers from very different schools tell tales from the classroom and staffroom.

Glasgow Art in Fiction: three new novels take their inspiration from Glasgow and its artists. Philip Miller’s The Goldenacre is named after a masterpiece by Charles Rennie Mackintosh. The beautiful canvas, the last work by the artistic genius, enthrals the art world, but behind it lies a dark and violent mystery. Thomas Tallis, an art expert with a trouble past, is trying to uncover the truth about the painting’s complex history, while dogged newspaper reporter Shona Sandison is investigating a series of shocking murders in Edinburgh. Both investigators soon become engulfed in the machinations of money, crime and identity in a literary thriller set amid the seen and unseen forces at work in modern Scotland.

Jenni Fagan with Claire Mitchell QC and Zoe Venditozzi of the Witches of Scotland Podcast, Saturday 21st May

Hex is a visceral depiction of what happens when a society is consumed by fear and superstition, exploring how the terrible force of a king’s violent crusade against ordinary women can still be felt, right up to the present day. Join Zoe and Claire from The Witches of Scotland podcast for a special live recording with Jenni Fagan, author of Hex.

Tickets for all of these events, and many more, available here: Tickets available here; https://www.glasgowlife.org.uk/arts-music-and-cultural-venues/aye-write

2022 marks the 75th anniversary of Edinburgh becoming the world’s festival home. Formed in 1947 to bring together people, cultures and ideas,...
Read More
Author Carrie Dunn is a journalist and academic specialising in sports, feminism, and popular culture, making her both educated and enthusiastic...
Read More
While Mary Stuart, best known as Mary, Queen of Scots, is Scotland’s most renowned queen, she only spent twelve years in her home country....
Read More