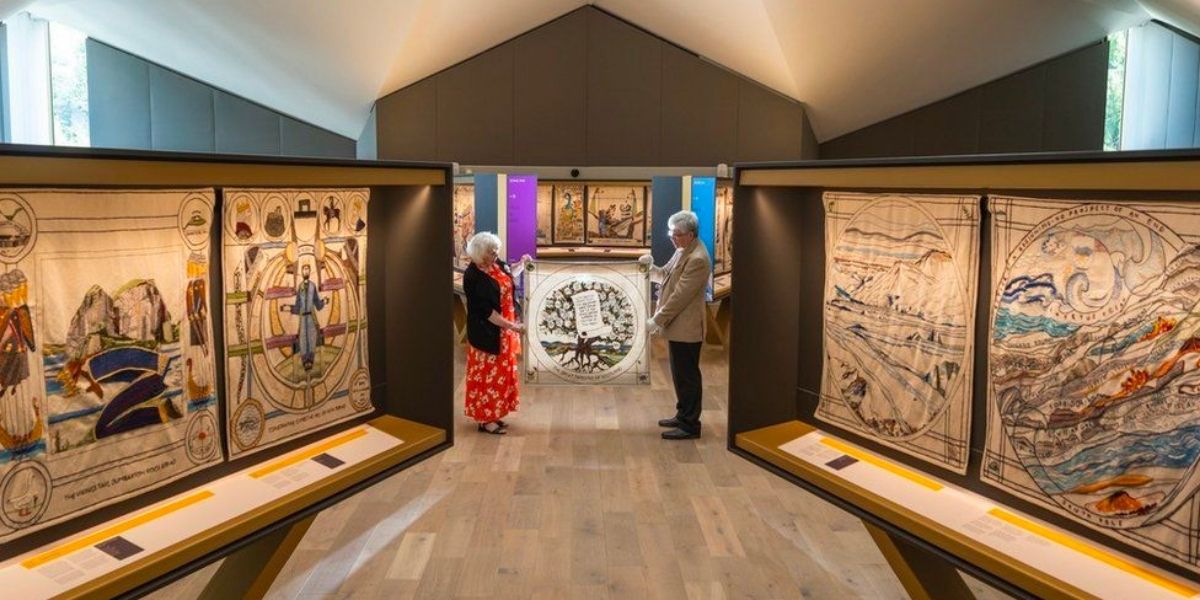 Neil MacGregor, renowned presenter and author of A History of the World in 100 Objects, is now visiting the UK’s most significant museums and galleries for the BBC Radio 4 series, The Museums That Make Us. After two years of isolation, we now find ourselves in a changed world where there has been an incredible shift in how in-person events and venues play into our lives. Neil has set out to explore the question, ‘What is the role of museums in 2022?’

You can listen to all episodes on BBC Sounds or on the BBC Website, and while we don’t want to encourage skipping ahead (you might miss a gem), when it is up, do take a listen to the final instalment of the series when Neil chooses to visit his own local museum, The Great Tapestry of Scotland. He finds himself enchanted by the history of his native Scotland embroidered in such ornate detail across so many panels of cloth. This extraordinary work of art was entirely hand-stitched by over a thousand volunteers, requiring over 55,000 sewing hours to create the 160 panels included.

Neil is then joined by historian and author Alistair Moffat, one of the founders of the Great Tapestry. Alistair led the imperative and challenging process of choosing just which moments in Scotland’s long and layered history to include in the ambitious project. In the end, he crafted a careful balance between several pivotal historical events, such as the Battle of Bannockburn, and various aspects of everyday life for Scottish people. He sought to include panels on local craftspeople, farmers, and millworkers, in addition to key historical figures such as Sir Walter Scott. Additionally, Alistair ensured that the history told included the stories of Scotland’s women. Scotland’s natural landscape and native wildlife also feature prominently in the Great Tapestry, as they consistently shape life in this country. The history was then transformed into stunning artwork by artist Andrew Crummy and stitched, mostly by women, in groups right across the country. To hear Alistair share more insights into The Great Tapestry with Neil MacGregor, tune into BBC Radio 4 on Friday, 22 April.

Browse our books on the Great Tapestry of Scotland