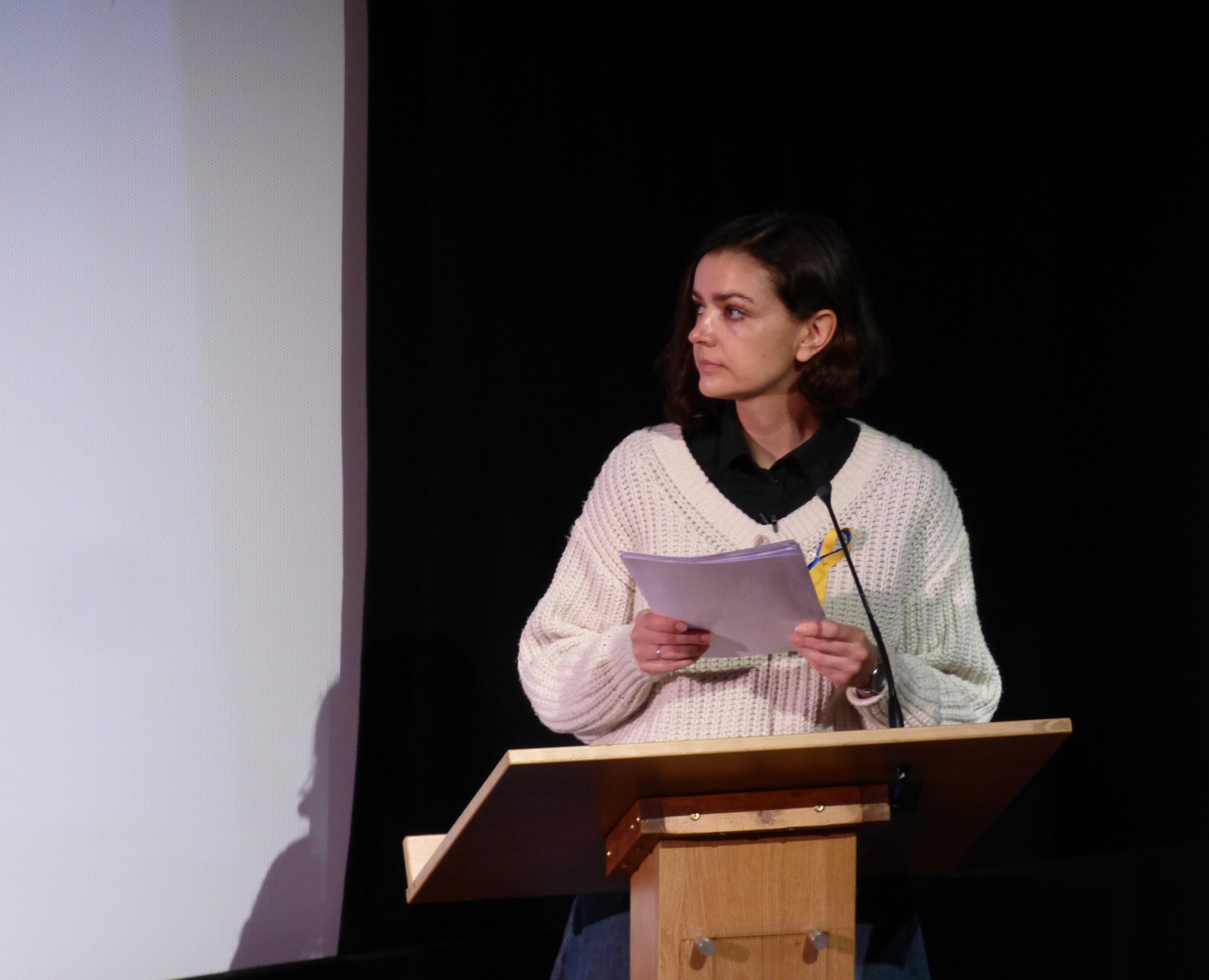 This year Scotland celebrates its Year of Stories – a year in which stories inspired by and created in Scotland will be showcased and platformed. Earlier in March, Scotland’s International Poetry Festival, StAnza, celebrated its 25th year and the Year of Stories with a programme of over 120 events. The wide-ranging programme, including readings, panels, workshops, music and performance, kicked off with a sold-out evening of music and poetry from Don Paterson, Graeme Stephen and Hannah Lavery. Hannah gave readings from her recently published collection Blood Salt Spring, now available on the Birlinn website.

An undoubted highlight of the festival was Beyond Any Curtain, the finale of a year-long translation project developed by StAnza and Kyiv’s Book Arsenal. Among the Scottish and Ukrainian panelists were Hannah Lavery and Roseanne Watt, who translated the work of their Ukrainian colleagues into English, Scots and Shetlandic. Andrew Blair, Vicki Husband, Les Beley, Olena Huseinova, Myroslav Laiuk, Lyuba Yakymchuk and translator Uilleam Blacker were also in involed in the project, though many of the Ukrainian contributors were unable to join the session owing to the ongoing conflicts in their native country. Despite this, there remained a resounding determination to complete the project that had been started so many months ago.

The significance of storytelling, and its potential to reshape our understandings of both people and place, was at the heart of the event. Lyuba Yakymchuk, a Kyiv based poet who made the treacherous journey across Poland to speak live in St Andrews, spoke of how finding commonalities across language and sharing stories beyond our borders is the best tool we can use to support Ukrainian people. This month, it feels more urgent than ever to learn more about Ukrainian culture and actively support the creative outputs of Ukrainian poets living amid such immense political uncertainty. Initiating interactions between writers and international communities remains an empowering force against tyranny, and we are so delighted that two Polygon poets were involved in such an impactful project.

Thank you to StAnza: Scotland’s International Poetry Festival for facilitating this event and to Dorothy Greene for the photographs.