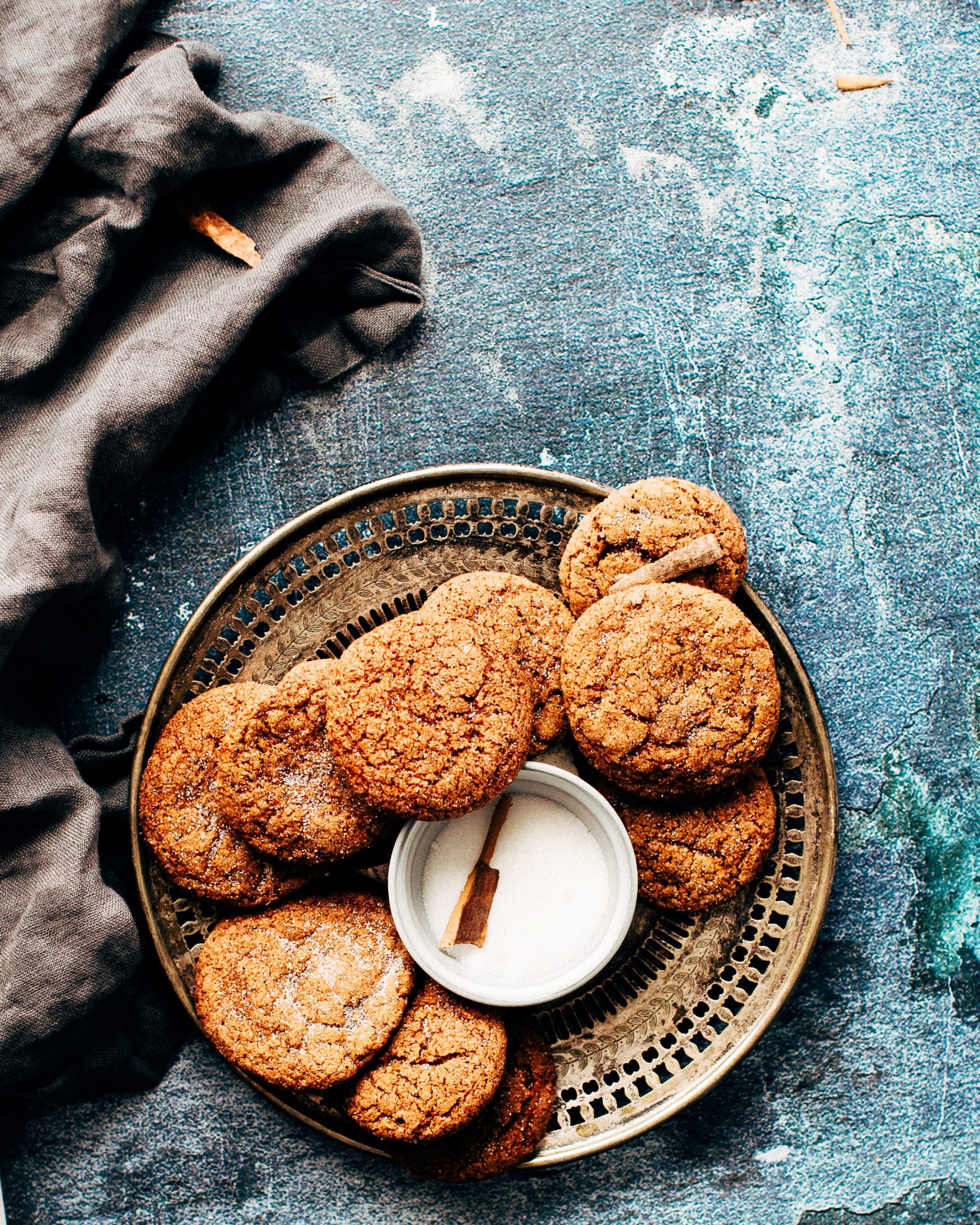 If you are ready to get in the festive spirit, there is nothing quite like baking with winter spices, their delicious aromas filling your home. You can do just that with our recipe of the week, ginger biscuits from Sue Lawrence’s Scottish Baking. Sue’s recipe is a modernisation of a traditional recipe using ground ginger, but you can also add other spices like cinnamon and clove for an extra festive flavour.

These are a modern version of F. Marian McNeill’s 1929 recipe for ‘Snaps’. Her recipe is made with flour, butter, sugar, ground ginger and syrup or treacle. Once they are nearly done she advises brushing with a syrup of sugar and water to give a glaze. I have cut down the amount of sugar and syrup used, as the old recipe must have been inordinately sweet with an astonishing twelve ounces of sugar and four ounces of syrup. They are not as crisp as the old recipe since – thankfully! – they have less sugar.

The snaps are mentioned in Sir Walter Scott’s St Ronan’s Well, and called brandy snaps as they were probably flavoured with brandy.

Method
Combine the flour, sugar, bicarbonate of soda and a pinch of salt in a bowl.

In a small saucepan, melt the butter and syrup together and tip into the bowl, stirring to combine. Do not overmix.

Once combined, take off little clumps and roll into balls. Place on two buttered baking sheets, spaced well apart, and using the heel of your hand, press down to flatten slightly.

Bake in a preheated oven (180C/350F/Gas 4) for about 12 minutes, swapping two baking sheets, if used, round halfway. Place on a wire rack and leave to cool completely.

(They will firm up on cooling, but are a little soft while hot.)