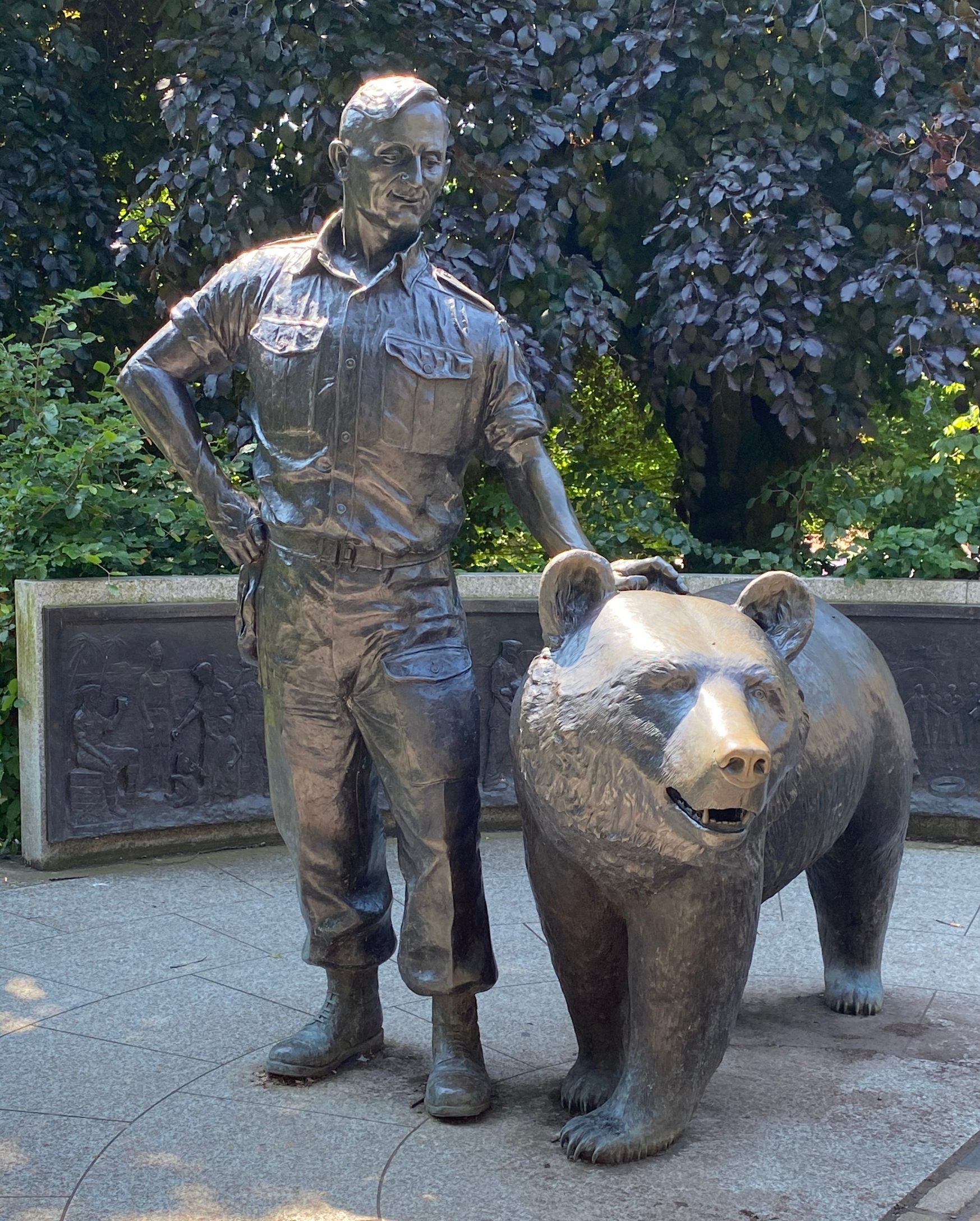 Once upon a time there lived a bear…. only this is no fairy tale and the bear in question smoked cigarettes, drank beer and worked for the freedom of nations, including our own.

Wojtek was an orphaned Syrian bear cub, adopted by Polish soldiers during the Second World War. Gentle and playful, he grew from a friendly cub to be a strong and skilful soldier, fully signed-up with his own rank and number. At Monte Cassino he took on a practical role, carrying heavy mortar rounds for the troops and playing his part in full. At the end of the war, he travelled to Berwickshire in Scotland with some of the Polish troops, where he was quite the character in the local community before retiring to Edinburgh Zoo.

He was an embodiment of the fight for freedom and solidarity for Poles around the world.

The film is a Polish/UK production between Filmograf and The Illuminated Film Company, financed by the Polish Film Institute, Screen Scotland, the UK government’s Young Audience Content Fund with TV Poland and BBC Alba. Production is expected to be completed in autumn 2022.

A few years ago, a statue of the bear was installed in Princes Street Gardens in Edinburgh, dedicated not only to Wojtek but to all the Polish men and women who fought for our freedom.

Read more about Wojtek in Aileen Orr’s biography of the bear or in the children’s book by Jenny Robertson.

This year promises to be an excellent one for crime fiction and thrillers, with a mixture of familiar faces and new names in our publishing schedule....
Read More
Our 2022 sports titles tackle timely topics like racism and misogyny in the sporting world, as well as looking back at some of the most memorable...
Read More
There has never been a keener appetite for writing about the great outdoors, and we have an exciting array of new nature and outdoor books and guides...
Read More