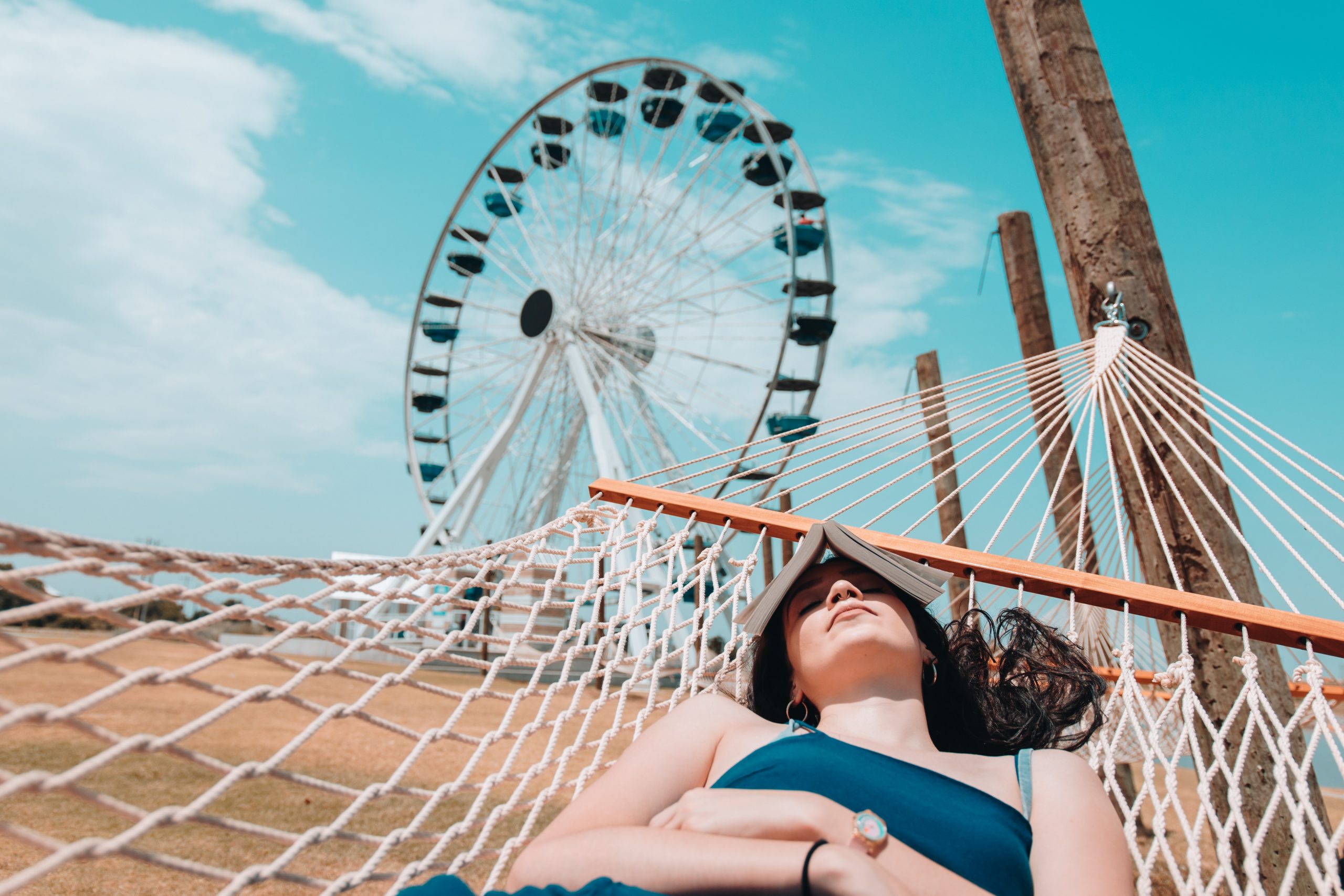 Are you wondering what to pack for your staycation? In no particular order, here is our pick of some of the best novels for your summer-close-to-home:

AVAILABLE NOW: ‘Nineteen Eighty-Four’ – First published on 8 June 1949, George Orwell’s novel was to become one of the most significant of the 20th century – if not the definitive novel of the period – and its influence continues to this day. It was almost instantly hailed as a work of great genius and – while he was already very ill with tuberculosis and was to die less than a year after publication – we still celebrate the book’s lasting greatness today. In recent times the book has once again become a bestseller and in 2021 his style sounds as compelling as ever; terms such as ‘Big Brother’ and ‘Room 101’ have become part of everyday language, indicative of a nightmare future. Our fears for the future may be very different to those of folk living in the mid 1940s but the book’s enduring relevance lies in the fear of totalitarian states lived out in part today through surveillance, doublethink and the individual struggling to hold on to what is real.

AVAILABLE NOW: ‘A Day Like Any Other’ by the late Isla Dewar – a writer who will be much missed. Published in the summer months of 2020, right in the midst of the pandemic, this book was an instant hit but that was no surprise – it is a wonderfully funny and moving celebration of age and lifelong friendship that will appeal to readers at every stage of life. Anna and George are getting older and have become somewhat invisible to the world. They meet every week to laugh, to sigh, to reminisce about their moments of glory, guilt and mischief, and to share their sorrows over a glass of wine. An absolute joy.

COMING IN AUGUST from one of the world’s favourite writers, a beautiful, atmospheric novel set in the tea plantations of Ceylon. ‘The Pavilion in the Clouds’ by Alexander McCall Smith is an intensely powerful story of family and privilege, belonging and distance, set in 1938 in the waning days of Empire. We find the Ferguson family – eight year old Bella, her father Henry and her mother Virginia – living high in the mountains above the green tea plantations of Ceylon. Already a somewhat rarefied life for a child, made even more so by the arrival of an outsider, the Governess.

Let this master storyteller be the one to transport you far from these shores.

AVAILABLE NOW: From BESTSELLING AUTHOR Denzil Meyrick. DCI Jim Daley and his colleague Brian Scott are fast to the scene of a light-aircraft crash at Machrie airport. And so the new novel begins with the action spanning eco-warriors planning an act of terrorism, the Provisional IRA, kidnappings, mysterious comings-and-goings between Kintyre and Northern Ireland, dangerous journeys, shootings and fistfights… Denzil Meyrick’s much-anticipated new addition to his DCI Daley novels is the perfect companion on a staycation. Books too heavy to carry even to the garden? ‘For Any Other Truth’ topped BOTH the Audible audio book charts and the eBook charts on publication this month and it is hard to keep up with demand for the print edition. Is it his best yet? We think so – and we’re not alone. The media are loving it:

‘A novel which you are likely to read with deepening pleasure’ – Allan Massie, Scotsman

COMING IN JULY: ‘The Night Before Morning’ – a novel, yes a debut novel, from much-loved and trusted historian and broadcaster Alistair Moffat. This is a gripping thriller set in a chilling post-1945 world where Britain falls under Nazi occupation and America cowers under the threat of nuclear attack. As the brutal grip of the occupying forces tightens, our young protagonist joins the resistance in Scotland. A daring escape from a POW camp follows in a chase that travels from the Scottish Borders to the Highlands, to the university town of St Andrews and on to London. Time is against the small band willing to give their life for the cause.

What the critics are saying:

‘This all too plausible and atmospheric reimagining of the end of WW2 hits hard as it turns history on its head. … Moffat’s ability to walk through time with his words [makes it] all too easy to fall into this story and believe it is real.  Action-packed and succinctly told, a chilling slice of speculative fiction‘ – Love Reading

AVAILABLE NOW: Daniella Clouston’s estranged mother dies in Spain under suspicious circumstances and while she feels it’s her duty to fly out for the funeral she is not prepared for what awaits her. She is out of her depth and fighting for survival in a strange and terrifying world… ‘Thirty-One Bones’ by Morgan Cry is definitely one for the suitcase (if we ever get the green light to get out of here) – or indeed if you simply want to head for the garden and dream of heat, sun, and Spanish beer. Again published first in the midst of the pandemic, so if you missed it last summer, make sure to grab a copy now. Its a cracker!

AVAILABLE NOW: Stunning books from an author much-loved throughout the world. Jan Philipp Sendker’s first book set in Burma, ‘The Art of Hearing Heartbeats‘, is the  delightful, poignant and  inspirational story of an incorruptible love, set between the 1950s and present day. It has sold many millions of copies across the world and has been selected for an Indies Choice Honor Award. This year we publish the third of his Burma novels, ‘The Heart Remembers‘ in which twelve year old Ko Bo Bo lives with his uncle in Kalaw and his father visits once a year. His mother is distant.

‘One of the most beautiful books I’ve read. I cried my eyes out!’ USA Today

‘Part detective story, part travelogue, this poetically written novel is – above all – a love story… some will want to read it again and again’ Reader’s Digest

AVAILABLE NOW: ‘Bitterhall‘ by Helen McClory is a story of obsession told between three unreliable narrators. Daniel, Órla and Tom share a flat and narrate the intersections of their lives, from future-world 3D printing technology to the history of the book, to a stolen nineteenth-century diary written by a dashing gentleman who may not be entirely dead. A Hallowe’en party leads to a series of entanglements, variously a longed-for sexual encounter clouded by madness, a betrayal, and a reality-destroying moment of possession.

‘A ghostly, shape-shifting novel from a rising Scottish writer… playfully alert to ideas of authenticity, possession and the malleable nature of narrative’ – Daily Mail

AVAILABLE NOW: ‘Of Stone and Sky‘ by Merryn Glover, is a remarkable story of family-ties and the land.

After Highland shepherd Colvin Munro disappears, a mysterious trail of his possessions is found in the Cairngorm mountains. Writing the eulogy for his memorial years later, his foundling-sister Mo seeks to discover why he vanished. Younger brother Sorley is also haunted by his absence and driven to reveal the forces that led to Colvin’s disappearance. Is their brother alive or dead?

Set on a farming estate in the upper reaches of the River Spey, ‘Of Stone and Sky‘ follows several generations of a shepherding family in a paean to the bonds between people, their land and way of life. It is a profound mystery, a passionate poem, a political manifesto, shot through with wisdom and humour.

‘An enthralling mystery, family saga and Sunset Song-esque ode to the land‘ – The Herald, Summer Reads

‘An unexpected novel, echoing the past and asking questions of the future, it really is a truly lovely read’ – Love Reading

Edinburgh, 1930, and the world is on the brink of change. Leading the charge is the glamorous, free-spirited Miss Jean Brodie, schoolteacher at the Marcia Blaine Academy, whose guiding principle is ‘Give me a girl at an impressionable age and she ll be mine for life. I am dedicated to you in my prime.’ While Miss Brodie manipulates and charms ‘her girls’ – known as the Brodie Set – with notions of romance and heroism, tragedy and a cruel betrayal beckon.

‘Continues to enchant and shock in equal measure . . . This beautiful edition is part of a series published to mark the centenary of Spark’s birth’ – The Lady

‘It has all the Spark trademarks: dark humour, a non-linear time frame, a sardonic and bleak view of human nature, and a talent to entertain’ – Val McDermid, The Observer

AVAILABLE NOW: ‘A Study in Crimson‘ by Robert J Harris

Bob Harris revives a wartime Sherlock Holmes with great affection in this brand new adventure. The police turn to Sherlock Holmes in desperation when a killer going by the name of ‘Crimson Jack’ stalks the wartime streets of London, murdering women on the exact dates of the infamous Jack the Ripper killings of 1888. Has the Ripper somehow returned from the grave? A must-read for Holmes fans everywhere.

What the media are saying:

‘A new Sherlock Holmes mystery and it’s something to celebrate. The mystery motivates Holmes, energises Watson, and leaves Lestrade hanging on their coattails. A captivating start to a new series’ – Liz Robinson, LoveReading

COMING IN AUGUST: ‘A Rattle of Bones‘ by Doug Skelton will be published in August. Add it now to your ‘must read’ list.

In 1752, Seamus a’Ghlynne, James of the Glen, was executed for the murder of government man Colin Campbell. He was almost certainly innocent. Roll forward to present day and when banners are placed at his gravesite claiming that his modern namesake, James Stewart, is innocent of murder, reporter Rebecca Connolly smells a story. The young Stewart has been in prison for ten years for the brutal murder of his lover, the lawyer and politician Murdo Maxwell. Rebecca soon discovers that Maxwell believed he was being followed prior to his murder and his phones were tapped.

Set against the stunning backdrop of the Scottish Highlands, A Rattle of Bones is a tale of injustice and mystery, and the echo of the past in the present.

Can’t wait? You can read The Blood is Still and Thunder Bay from the same author right now.

AVAILABLE NOW: ‘Sight Unseen‘ by Sandra Ireland was again published into a pandemic hit world last year. If you didn’t get a chance then, grab your copy now. The author creates a beautiful world of family struggle, caring and conflict, the stress of ageing, the demands on a daughter – all combined with a love of the past and the story of the Kilgour Witch. Magical.

AVAILABLE NOW: ‘Ardnish‘ by Angus MacDonald is a sweeping tale of love and war set in a crofting community in the west highlands and the dry heat of the Boer War. As Donald John Gillies waits for the priest to hear his final confession in 1944, his mind wanders back to the dusty plains of South Africa where he fought as a Lovat Scout and met the love of his life. This 2020 instalment in MacDonald’s series chronicling the fortunes of a family and a place during the upheavals of the 20th century can be read on its own. It’s a gripping, suspenseful exploration of how lives are shaped by events.