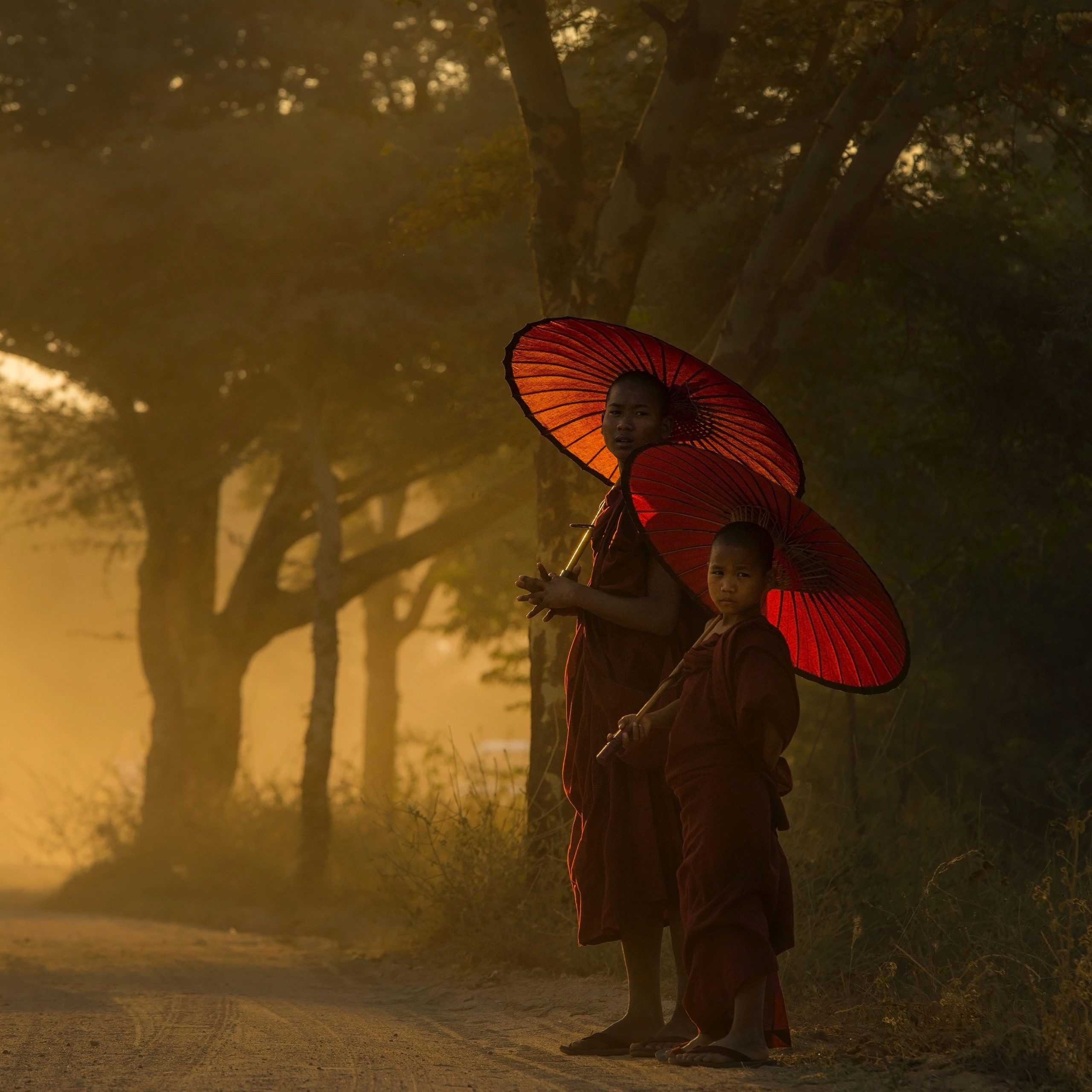 The Heart Remembers, set against a backdrop of political and family turmoil in Burma, follows the story of twelve year old Ko Bo Bo. Bo Bo has an unconventional home life and his father comes to visit him once a year, while he can hardly remember his mother, who, for unclear reasons, keeps herself away from her son. This beautifully atmospheric novel is the long-awaited final book in the trilogy that began with The Art of Hearing Heartbeats by Jan-Philipp Sendker, which has been a bestseller across the globe. It is being published this Thursday, and you can get a taster of the novel in the below extract where Bo Bo muses on his memories of his mother.

Extract from The Heart Remembers by Jan-Philipp Sendker

The only things I knew about my mother were that she lived in Yangon and that she wasn’t well. But I didn’t know what exactly was wrong with her.

I had no idea what kinds of things she enjoyed or worried about. Whether she preferred rice, like me, or noodles, like her brother.

I had no idea what she smelled like. What her voice sounded like. Whether or not I took after her.

I couldn’t even remember when I had last seen her.

U Ba used to have a photo of her that served him as a bookmark. She, my uncle, and I were all standing on a snowy porch bundled up in hats and mittens. My mother was holding me in her arms. I was still just a baby wrapped up in a blanket. We all gazed intently into the camera.

One day he left his book in the yard, where the pages and the photo both got drenched in a downpour. Now my mother was just a particularly beautiful smudge of color amid the other smudges.

In order to drive thoughts like that out of my mind, I started counting out loud. That’s a habit of mine. Whenever there’s something I don’t want to think about, I just start counting. And if ever I feel especially threatened or worried, I start counting things I can see. The fruits on an avocado tree, for instance. The blossoms on a hibiscus bush. The spokes on my bicycle. Or even just stairs.

But today I couldn’t put the troubling thoughts aside.

I couldn’t get my mother out of my head.

I walked past the chickens to the remotest corner of the yard and sat down by the anthill.

Thousands of ants crawled in two black columns along the base of the bougainvillea bushes to the papaya tree, where, for no reason I could see, they made a sharp turn and disappeared under the hedge and into the neighbor’s yard.

I liked to watch the ants. They were living proof that strength had nothing to do with size. They could carry leaves, needles, and pieces of bark much heavier than themselves.

If ever I put a stick or a stone in their way, they would stop for a moment, probe it with their tiny legs and feelers, and then walk right over it, or under it, or around it, no matter how tall or wide it was. They were single-minded animals, and nothing would keep them from pursuing their goal.

I found that thought reassuring.

And they never showed any sign of fear. I could approach them and stamp my feet; they would just go about their business. They were not like the beetles, worms, or pill bugs that would flee in all directions when I lifted up a stone.

I sat there looking at the ants, focusing on their hustle and bustle, until I lost track of the time. Eventually I felt better and went back to the house.

On the steps lay a couple of my uncle’s shirts, the two green longyis for my school uniform, and a bundle of T-shirts. Next to that was the rake I was supposed to use to clear weeds. I had absolutely no interest in doing the laundry or crawling around in the muddy garden, so instead I just went to look for U Ba.

He was still lying motionless on the sofa. His blanket had slipped onto the floor. I picked it up and folded it. It was warm out now.

Instead of fixing my bike, I took the spare and rode into town.

It was market day, and the city was more crowded with people, cars, and motorbikes than usual. I needed to be on my toes; a moped nearly ran me off the road.

According to U Ba it wasn’t so long ago that there were no cars or motorbikes at all on the streets of Kalaw. People went everywhere on foot, by bike, or in one of the many horse-drawn wagons. They would turn off the electricity at nine o’clock, and a lovely quiet would settle over the place. Those who could afford it would light candles. Those who couldn’t would go to bed. There were no computers or telephones and no foreign visitors.

I can’t imagine it. These days all the grown-ups are obsessed with their cell phones. What did they used to do with all the time they had?

At the market most of the stands had tarps for shelter from the rain. Underneath the tarps it was always packed with people. You could smell the dried fish, the coriander, and the fresh-ground chili peppers. I gave the meat vendors a wide berth, though. I couldn’t stand the stench of disemboweled animals. It would cling to my nose even hours later.

Among all the people of various ages I felt as if I saw only mothers with their children. Some mothers had set their little ones on their bellies between piles of carrots and potatoes; others had strapped them to their backs or were carrying them in their arms. Women cuddling their children. Feeding them. Singing them songs or rocking them to sleep.

The sight of them made me sad again. I wandered aimlessly from stand to stand. More than anything, I just wanted to go back home to my uncle, to lie down on the couch with him, but he’d asked me yesterday to buy him some tea and a pack of cheroots. I also picked up some eggs and vegetables for our lunch, a bag of pastries, and two bunches of yellow and white chrysanthemums for our altar. I bought two pieces of milk cake for my uncle from a vendor who was selling sweets. He never asked for these, but I knew how much he liked them. I got back on my bike and rode over to Ko Aye Min’s.

His office is on a side street not far from the market. There’s a sign out front: “Adventure Tours with Aaron.” He goes by Aaron because he’s worried that his clients won’t be able to remember his Burmese name. He works as a tour guide, which is to say that he gets money for walking around with other people. I’ve asked him more than once what kind of a strange job that is, walking around with visitors, and how it is that he gets paid to do it. It seems like the kind of thing you ought to do just to be friendly, or to be helpful when someone is lost. He says it’s called “tourism” and maybe I am too young to understand it.

It’s a mystery to me what exactly is so adventurous about hiking around to the Pa-O, Karen, Danu, or Palong villages that surround the city, but loads of foreigners come to Kalaw during the dry season, and Ko Aye Min is very busy. Sometimes he’s away every day for weeks at a time, and I don’t see very much of him. In the rainy season, on the other hand, we don’t get many visitors. He doesn’t have much to do then but sit in his office, and he has plenty of time for me. We play chess or talk about soccer. He’s not married and he doesn’t have kids. Until recently he had a girlfriend, but she lived near Mandalay. She didn’t want to introduce him to her parents, so they didn’t see much of each other. Whenever she was in town, Ko Aye Min wouldn’t have much time for me. But that was fine. She never stayed long, and at some point she stopped coming at all.

Ko Aye Min is like a brother to me, even if he is somewhat older. I guess about thirty. It doesn’t matter. We’ve got plenty to talk about, and if we aren’t in the mood for conversation, like today, then we’ve got plenty to say nothing about.

He knows exactly what he can and can’t ask me. I think there are some people who just know more than others, even without being told.

He’s never once asked me about my mother.

He’s never once mentioned my scar.