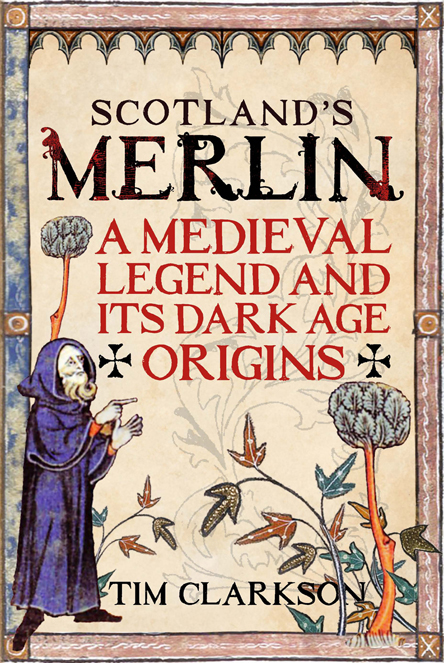 One of the things that has always fascinated me about the country I am from is the early history which began the processes which led (not without many twists and turns) to what became the Kingdom of Scotland. The problem for us now reading back to this time is the inevitable-feeling-of-inevitability when there was none at the time. I am a subscriber to the Lemony Snicket view of history ‘a series of unfortunate events’  and one of those was what seems to have been the destruction of the core of the Pictish realm in the 839 by the Vikings, a gap which others moved in to fill.

When I began to publish it was obvious just how little there was available that combined academic rigour with accessible writing. We were very lucky in this regard to take on the books to Tim Clarkson. Firstly with The Picts, then with Makers of Scotland he provides judicious, clear and readable accounts of a period where the evidence is fragmentary and the complexities – to say the least – high. Tim’s work on the Kingdom of Strathclyde in both its incarnations (before and after the fall of Dumbarton Rock to the Viking Great Army) The Men of the North and Strathclyde and the Anglo Saxons are almost the only histories available of the Brythonic Kingdoms of the Clyde. His biography of Columba – quite extraordinarily – also stands alone in the marketplace. But to me one of his best books is Scotland’s Merlin. This is a superb piece of forensic detective work bringing together elliptic and difficult material across Wales, Ireland and Scotland to create a very strong case that there was a real ‘Merlin’ called Lailoken whose burial place near Drumelzier we can still visit (the final twist being that it is not quite where normally thought). And if you wish an detour to 9th century Mercia there is also his best selling Aethelflaed about the extraordinary woman who with her brother Edward the Elder both sustained the identity of Mercia and led the fightback against the Vikings.

We are in the throes of a revolution in our understanding of the western and northern realms of Early Historic Britain and these books are part of the building blocks on which a new understanding can be laid. The cryptic and allusive nature of so much of the evidence of this period, the lack of material remains, only adds to the fascination and when something like the Galloway Horde reaches the surface you realise the reality of this age of ghostly realms and peoples now long vanished.