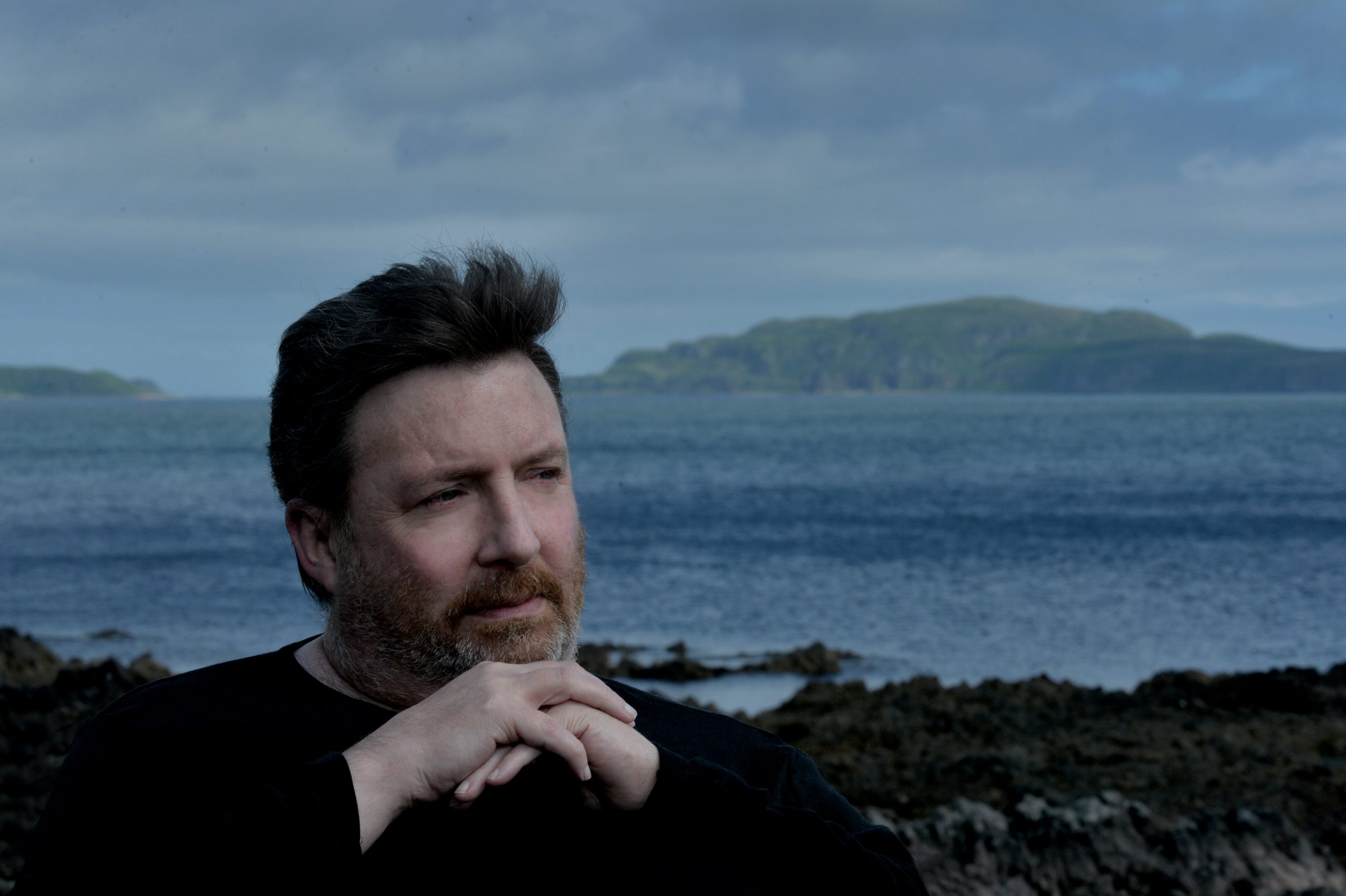 This week we sat down (figuratively speaking) with Denzil Meyrick to discuss his new books and the wider events of what has been a tumultuous year!

A LARGE MEASURE OF SNOW – a comic novella, A Large Measure of Snow is quite different to the DCI Daley novels. What prompted you to write it?

I’d already written the novella Empty Nets and Promises, set in the 60s, featuring Sandy Hoynes and a young version of Hamish from the Daley novels. Originally, it was an e-only release, but later appeared across platforms in the anthology One Last Dram Before Midnight, which is itself about to be repackaged and launched.

Readers loved the story, characters, nostalgia and humour. So earlier in the year, with the encouragement of Birlinn MD Hugh Andrew and my agent Jo Bell, I agreed to pen another three novellas featuring the crew of the Girl Maggie. This time available in hardback, e-book and audio from the get-go.

I think it’s a wonderful package. Abi Salvesen’s cover of A Large Measure of Snow is inspired, and David Monteath works his usual vocal magic on the audiobook edition (despite the earthquakes).

More than ever this Christmas I think people need cheering up. And with its light-hearted, escapist themes, A Large Measure of Snow is the perfect tonic for the bibliophiles in your life.

It has received lots of comparisons to classics like Neil Munro’s Para Handy. Were books like this a strong influence in shaping the novella? Are there any you would recommend?

I first read The Parahandy Tales when I was about ten-years-old and loved them. I think a glimpse of this influence can still be seen in my work to this day – even more so in the Kinloch Tales.

I was brought up on local Kintyre author Angus MacVicar. His work, which spans so many genres, still makes for a great read. His children’s novel The Black Wherry is a tale of 18th century smuggling.  Being set in places back home I knew so well it really sparked my imagination. Though his books are harder to find these days, they are well worth seeking out.

I doubt I’d ever have written anything without his encouragement.

JEREMIAH’S BELL – earlier this year the eighth DCI Daley novel was published, with number nine publishing in the first half of 2021. What is it like being nine books deep in a series and the characters? Does it throw up any new challenges, or is it very much business as usual?

I was properly published for the first time by Polygon in 2014, so the timescale has been rather truncated. I’ve written eight Daley novels in six years, with the addition of a number of short stories now compiled into the aforementioned One Last Dram Before Midnight. I’ve also written A Large Measure of Snow, and a gangster novel set in Paisley. Terms of Restitution will also be published by Polygon in 2021. So, progress hasn’t been that leisurely.

Maintaining a series over a number of books has both advantages and disadvantages. On the plus side, the characters, setting and tone are all well established. But a careful eye has to be kept on character arcs, underlying themes and continuity.

In general, one has to keep things fresh. There’s nothing worse than a series of novels becoming pro-forma. I avoid this by using the ‘ensemble’ cast of the Daley books to its full extent, and having each novel come from a slightly different perspective. A genre within a genre, if you like.

WRITING ON LOCKDOWN – how has the ongoing COVID situation affected your writing process, if at all?

I think that the whole Covid pandemic has impacted on just about every person on the planet in one way or another.

I’ve kept my head down, giving me more time to write. I’d say this has been my most productive year, with two novels, a novella and a short story written by the beginning of November.

After all, there isn’t much else to do. There are only so many books, boxsets and albums one can consume before going stir-crazy.

But for far too many, this virus has proven deadly. My heart goes out to families and friends of those who have lost their lives to this terrible blight on the world.

As for writing, it’s my job so I just get on with it.

THE ONLINE WORLD OF PUBLISHING – anything and everything has moved to Zoom, Microsoft Teams and Skype, to name a few. How has it been adjusting to this, with online events, not being able to physically sign books, travel to bookshops and see your fans face to face?

Of course, we all miss getting out and about meeting readers, whether it be in bookshops or festivals. The online world is a ghost of normality, and to be honest I haven’t done much work on Zoom or the many other digital routes out of isolation. Every time I turn on my phone, iPad or computer I see a host of wee faces peering out. It all becomes a bit . . . meh.

Roll-on the time when we can get back to normality and sit in front of an audience, or sign books dedicated to the people for whom we write.

GOING FORWARD – What are you looking forward to most about 2021?

I’m looking forward to the rollout of vaccines around the world. That is surely high on everyone’s lists of priorities for 2021.

As mentioned, with three books due out next year and other projects on the go, personally, my hopes are high for next year.

But let’s take time to remember those who have died, and the many businesses closed with the subsequent loss of jobs. Many people’s lives have been changed for ever. It’s a more than sobering thought.

I think that Covid-19 is a warning that the human race is not invulnerable, and we should bear this in mind moving forward.