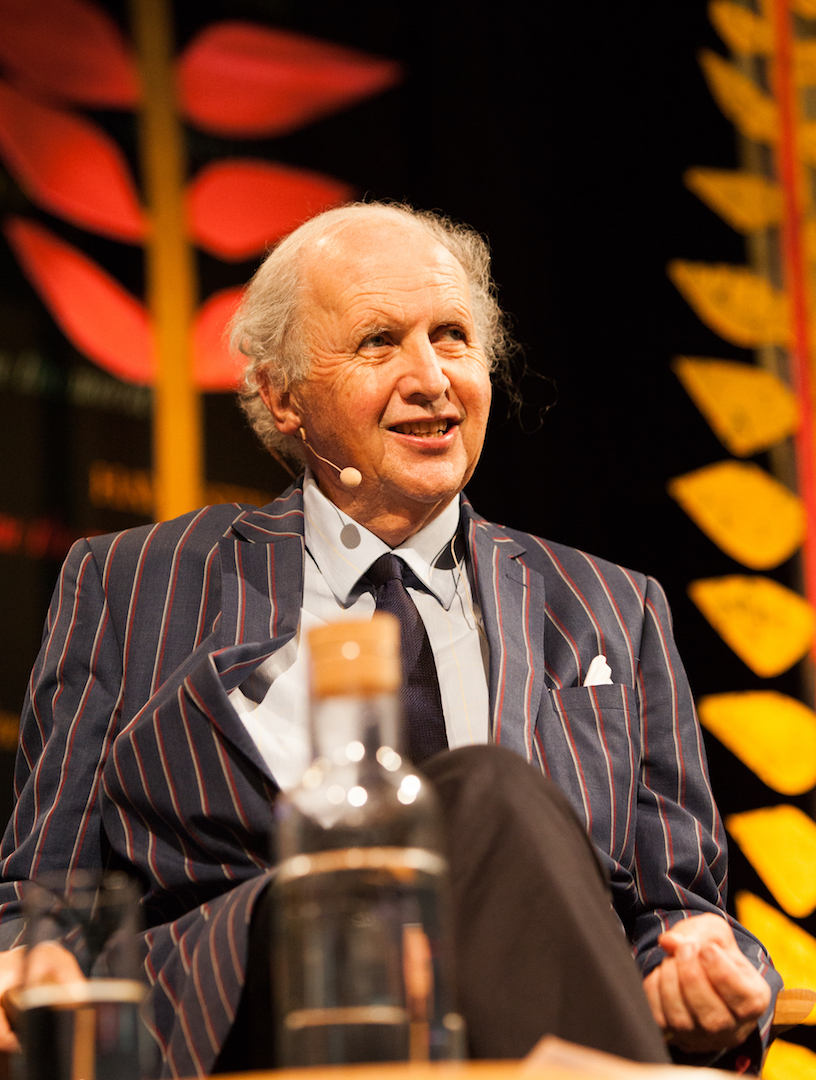 The following extract is taken from a new collection of short stories and graphic tales, Tiny Tales, from one of the world’s most popular authors, Alexander McCall Smith.

Magnus Bjornbirgir was a Viking, the son of Leif Bjornbirgir, a minor chieftain who had led several highly destructive raids on the west coast of Scotland. Leif was much revered in Viking communities for his attempt to wrestle with a bear, a feat that proved unsuccessful, indeed fatal, even if it entered into Viking lore as an example of exceptional courage. Magnus had been against his father’s plan to challenge the bear. “You’re strong, father,” he said.

“I know that. You know that. Everyone in the settlement knows that. Why do you have to try and prove it in this… well, this rather dangerous way. Bears are very strong themselves.” He saw he was getting nowhere, and his tone became more vivid. “I’m not saying you’re not as strong as this bear, but it has claws, you may have observed, and pretty vicious teeth. Bears are not pleasant creatures.”

“That’s why I must challenge it,” said Leif. “I must deal with this bear simply because it’s there. Can’t you see that?”

The contest did not last long, and when it ended after a few bloody minutes, a great wailing overtook the settlement.  Magnus was now in charge, and he was left with a dubious legacy, as everybody expected him to be of similar outlook to his father, some even imagining that he might himself take on the same bear, who was thought still to be lurking in the woods near Leif ’s settlement. Magnus declined to do what was expected of him. “I have nothing to prove,” he said, and waited, his jaw set firmly, to see if anybody disagreed. Nobody did.

Privately, Magnus thought that his father had been most unwise to have done what he did. In fact, he had very little regard for Leif, whom he considered to be a typical Viking – boastful, aggressive, and constantly trying to prove a form of Nordic masculinity that he, Magnus, considered tediously one-dimensional. Things were changing, even if slowly, and Magnus was determined to give what support he could to the tender green shoots of sensitivity that he thought he detected in Viking culture.

A year after Leif ’s demise, on what had come to be known as Bear Day, Magnus’s deputy suggested at a meeting that there should be a pillaging expedition to the North of England. “We haven’t extracted any payment for some time,” he said. “It’s due us now. We need to don our armour and set off.”

Magnus groaned inwardly. More conflict; more blood; more howls of pain and despair. It was not what he had in mind for his chieftainship. He wanted peace and, if possible, the flowering of education and the arts.

He shook his head. “I’m happy to do another trip,” he said. “But let’s think of doing something different. Let’s seek to influence those people. Let’s have them working with us. Let’s harness their skills so that we can benefit from their ingenuity and labour.”

His deputy frowned. “You mean – not kill them? Is that what you mean?”

“More or less,” said Magnus. “Let’s extend our influence. Let’s get these people to work for us. A productive enemy is better than a dead enemy – if you can bring him on-side.”

Some of the Vikings saw the force of this argument; others did not. “But we’ve always put people to the sword,” complained one. “I would never dream of criticising our leader, but this is a bit of a change of approach.”

“You have to change to survive,” said Magnus. “My late father – Leif …”

This brought forth wails of sorrow.

“Thank you,” Magnus continued. “My late father, Leif, always said: seek out the new, and then do it before the new becomes old.”

They loaded their boats with provisions. They took some arms, but not many: this was to be a peaceful expedition and in place of their axes and swords, they took ploughshares and fishing hooks and items of Nordic jewellery.

The crossing was a smooth one, and with favourable winds blowing them strongly westwards they were off the Northumbrian coast within five days. They were spotted from the land, where the local defences were rapidly raised. Gates were closed; shutters put on the windows; animals herded to places of safety further inland. Here and there, great fires were lit to warn others of the arrival of the marauders.

Magnus put his boat ashore on a gently sloping stony beach. Together with the rest of his band, he stepped out of the boat and looked over to the dunes behind the beach. He thought he saw movement, but decided that it was probably no more than the wind in the dune-grass.

“We should find a village somewhere over there,” he said to his companions. “Let’s go and have a word with them.”

“Shall we take axes?” asked one of his lieutenants.

Magnus shook his head. “That would send the wrong message,” he said.

They walked in a long, unkempt line over the dunes and down a path that led to a village in the distance. They had not gone far along this path when a cacophony of shouting interrupted the quiet. Rising from their concealment in the long grass, the Northumbrians swooped down upon the unarmed Vikings.

“You gave me such a fright,” exclaimed Magnus. “We were just about to …”

The Northumbrians stopped. They looked confused.

“Don’t judge everybody by the way they look,” called out Magnus. “People change, you know.”

The leader of the Northumbrians cleared his throat. “In that case …” he said.

Above their heads a swallow dipped and turned in an invisible current of air. It could well have been a dove, but birds are no respecters of symbolism and the right moment for a particular symbol, so a swallow had to do – and did.

“I never had a childhood,” James Baldwin told a French interviewer in 1974. To a journalist ten years earlier, he proclaimed, “I did not have...
Read More
The following short story plunges readers into the gritty crime and blazing sun of the Daniella Coulstoun series, and offers a taster of what to...
Read More
Other Worlds is a captivating collection of poems devoted to the sights, sounds, and feelings of Scotland’s islands. Editor Stewart Conn has...
Read More