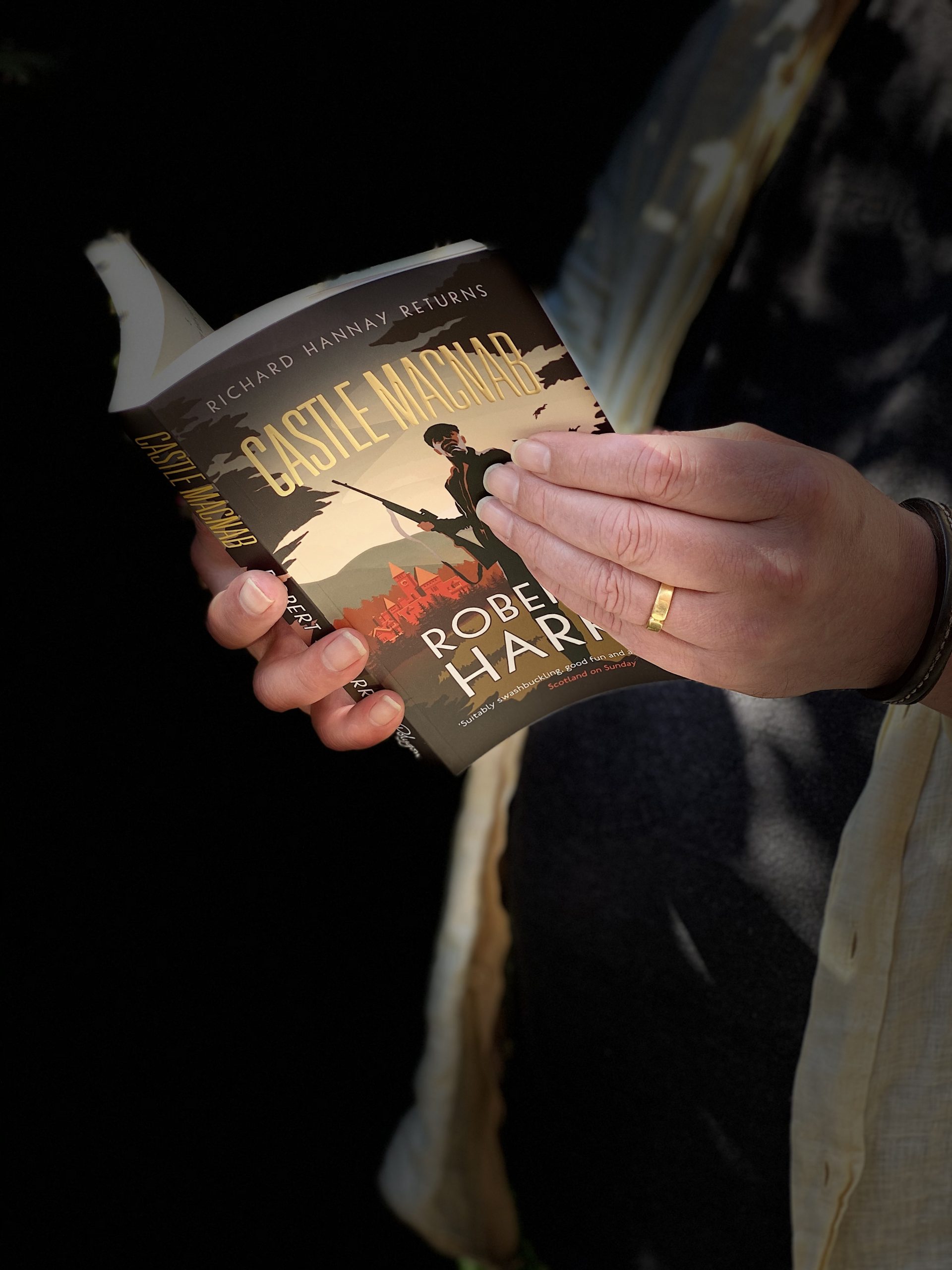 Robert J. Harris was born in Dundee and studied at the University of St. Andrews where he graduated with a first class honours degree in Latin.

He is the designer of the bestselling fantasy board game Talisman and has written numerous books, including Leonardo and the Death Machine, Will Shakespeare and the Pirate’s Fire, and the popular World Goes Loki children’s series.

As a big fan of classic adventure stories, Robert has also written two novels continuing the story of the iconic John Buchan character Richard Hannay – The Thirty-One Kings and Castle Macnab, both published by Polygon.

For his new novel A Study in Crimson (out with Polygon in September 2020), he turns his hand to the world’s greatest detective, Sherlock Holmes.

Which is your favourite character out of all the ones you have created, and what makes them so?
The female characters are always my favourites. I love Susie the sporty girl in my World Goes Loki books for younger readers (published by Edinburgh-based publisher Floris). In my grown-up fiction, Gail Preston in my new Sherlock Holmes novel A Study in Crimson (published by Polygon in September 2020) has been a joy to write for. She’s a sassy, hard-drinking, cigarette smoking reporter for America’s NBC radio. If I weren’t already married to another fabulous American lady, I would marry Gail in an instant.

Which book has been your favourite to write, and why?
It’s always the one I’m working on now and I’ve just finished the last edits on the aforementioned Sherlock Holmes. This has been an especially enjoyable project, since writing my Artie Conan Doyle Mysteries for younger readers (published by Edinburgh-based publisher Floris) made me want to write an actual Sherlock Holmes novel, but I wasn’t going to do it unless I brought something new to the table. Then I had the idea to write one based on the classic series of twelve films from Universal Pictures starring Basil Rathbone and Nigel Bruce, which updated the characters to the 1940s. This gave me the chance to present these legendary characters in new light while remaining true to Conan Doyle. It’s been a lot of fun.

If you weren’t a writer, what would you be doing?
If I could be anything else I’d be a jazz trumpeter. As things stand, I can no more play the trumpet that I can juggle crocodiles.

What’s your writing routine like?
Something like 10.00am-6.00pm. My most productive time is usually between 3.00-6.00, right after a short nap. Occasionally I wake up with my brain abuzz and start writing at 5.00am.

Which are your favourite Scottish classics?
Ivanhoe by Sir Walter Scott and Huntingtower by John Buchan. Both feature some wonderfully unlikely heroes.

What’s the best thing about being a writer?
Those times when it’s going well are really exhilarating. Also, working at home I can dress as I please and take a nap after lunch.

What’s the worst thing about being a writer?
Errr…..I really shouldn’t say anything negative. So I won’t.

How are you getting on in isolation? Is it affecting your writing? Lockdown is pretty cushy for me. I work at home anyway, very rarely go to a pub or a restaurant, and never to a club. I’m here with family and our dog in a nice neigbourhood and chatting with the extended family on skype. I know it is really tough for many other people. It does feel a bit odd that some people now have the time to learn to paint, draw or play the banjo. My routine is the same as before: writing.

Which books are getting you through these strange times?
I find myself wanting to read really old books. I’ve recently read Five Weeks in a Balloon’ and From the Earth to the Moon by Jules Verne. Right now I’m reading Rupert of Hentzau by Anthony Hope (the sequel to The Prisoner of Zenda). Any day now, the following should be arriving in the post: Sir Nigel and Brigadier Gerard by Sir Arthur Conan Doyle, She by Rider Haggard, Quentin Durward by Sir Walter Scott, and The Complete Land that Time Forgot Trilogy by ER Burroughs. That should keep me going.

Both of Robert’s Richard Hannay novels are part of our specially selected Action Reading Box, available now for free delivery straight to your door!