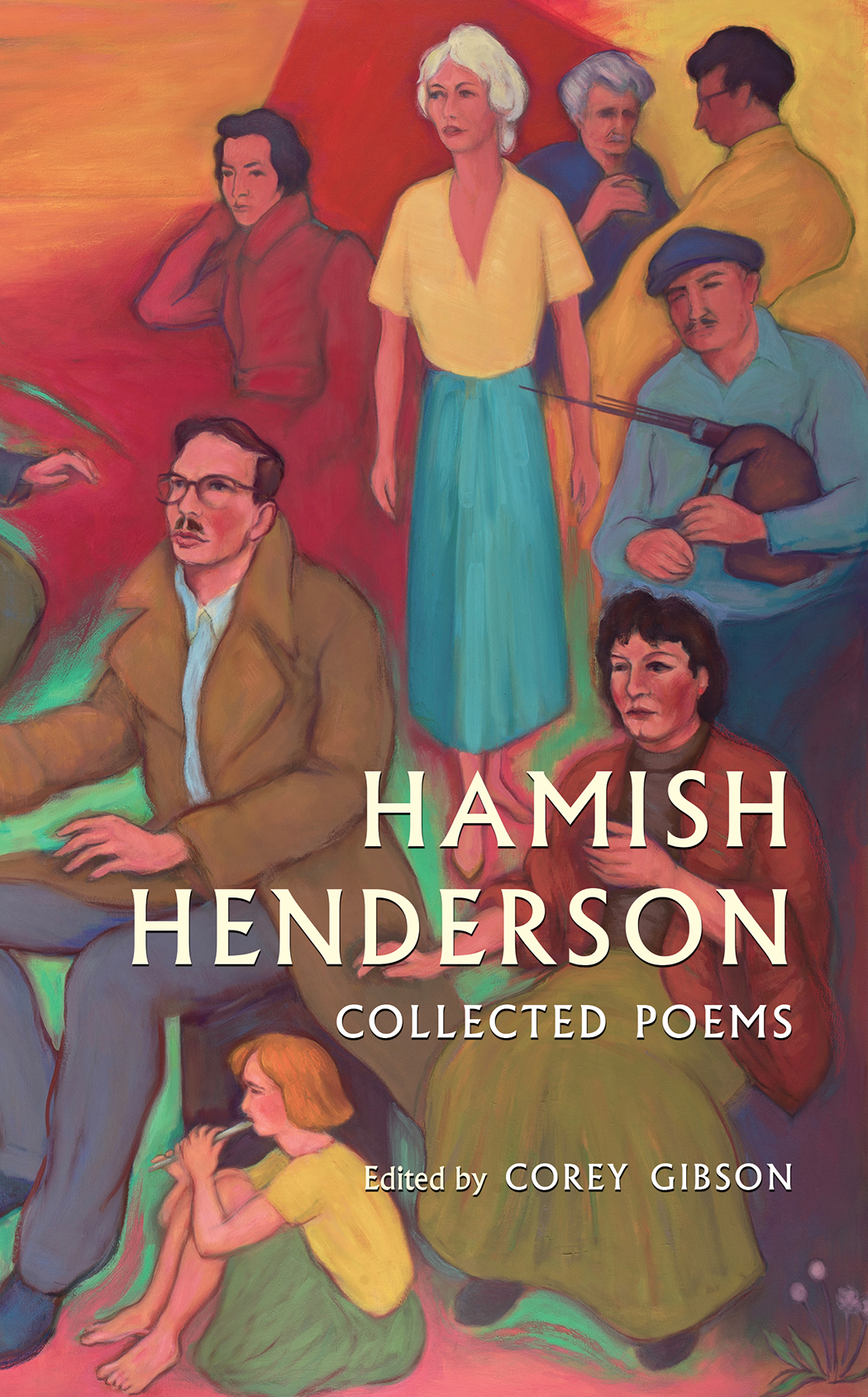 Writing in the Scottish Review of Books in 2009, Ray Burnett talked of Hamish Henderson’s ‘limitless vision of Scotland’s place in the world, his irreducible faith in the human spirit, his awareness of the politics of culture, the power of poetry and song’.

Today, exactly 100 years since the birth of Henderson in Blairgowrie on 11 November 1919, the people of Scotland are marking the centenary in a myriad of ways – including the creation of a portrait by Martin Guinness on the site where his ashes were scattered on Ben Gulabin, and the unveiling of a plague at the School of Scottish Studies in Edinburgh. Birlinn celebrates Henderson’s contribution to the cultural and political movements of Scottish society with the publication of Hamish Henderson: Collected Poems, edited by Corey Gibson.

And what a life…  Brought up by his mother in Scotland in his early years before decamping south for the opportunity of a privileged education at Dulwich College, his mother was to die shortly before Henderson took up his scholarship. Henderson was open to the benefits of such an education but in the same moment, acutely aware of the potential for the inferiorisation of his Scottish identity. Throughout this period – and indeed his life – he fought to ‘remain a Scot’.

At the outbreak of war he argued for peace but became a ‘bard in battle’ as he threw himself into the effort to defeat fascism while protecting humanity. His war years took him to the desert and to Italy and he captured his experiences in verse aware –  perhaps for the first time – of the power of culture in politics.

This new book opens with Freedom Becomes People and reproduces his controversial Ballads of World War II and Elegies for the Dead in Cyrenaica – a Somerset Maugham award winner.

Henderson the soldier, folklorist, political activist, poet, songwriter – all are encountered here. The power of his voice lives on in his poetry and lyric and – returning to Ray Burnett’s article – continues to be heard ‘at every gathering against wars, injustice and inequality, every celebration of Scotland’s national culture’.