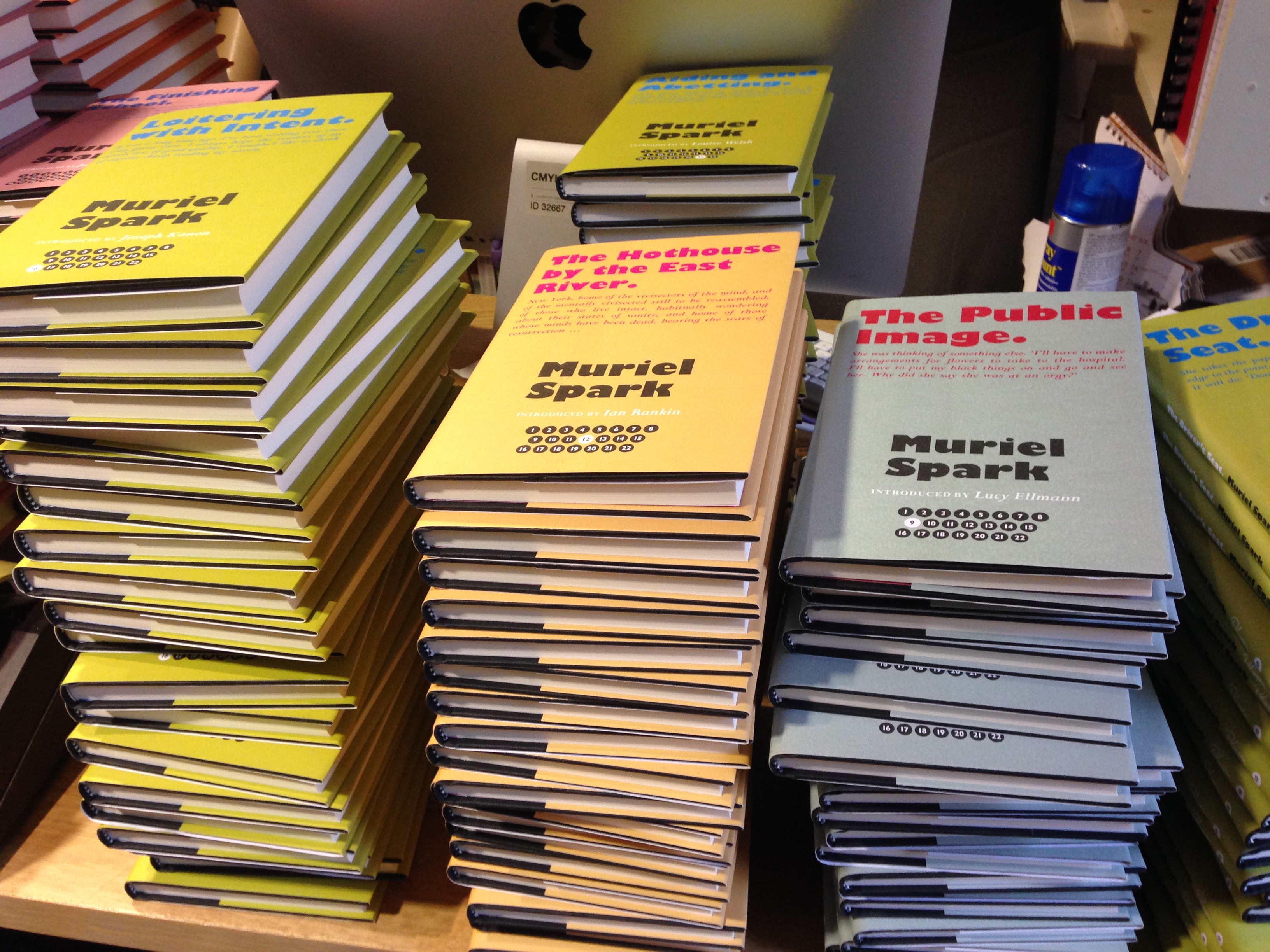 Had she lived to see it, the writer Muriel Spark would have been one hundred years old on her 1st February birthday last year. She wasn’t there to celebrate but the rest of Scotland was… so we threw a year-long party!

One of the finest writers to emerge from Scotland in the 20th century, and once the darling of the European literary scene, much of Muriel Spark’s work faded into the background of the literary scene in the intervening years. Those of a certain age were familiar with The Prime of Miss Jean Brodie, whether through the screen performance-of-a-lifetime from Maggie Smith or the book itself, but there was much, much more to this writer.

Few knew of the twenty-one ‘other’ novels she had written in her lifetime, or the travel writing, the stage play, the children’s book, the comment articles, or the poetry. Her writing was alluring and multi-layered. Once rediscovered it stood the test of time.

The centenary gave the country of her birth the chance to reclaim this remarkable woman, recognise and celebrate her achievements, and put her work front and centre in the anniversary celebrations.

Over the course of the year, Polygon re-published all 22 of her novels in a ‘Collected Edition’, Appointment in Arezzo, a funny, personal, anecdotal memoir of friendship with Muriel by the author and journalist Alan Taylor, and Ali Smith’s Muriel Spark Society lecture. Classy, modern packaging made the Collected Edition irresistible to those with an eye to the style on their bookshelves. But much more than that – working with Alan Taylor as series editor and with the watchful eye of her companion Penny Jardine, re-editing, finding the finest writers to contribute introductions and placing them with festivals, newspapers, online platforms and radio – the Polygon team took Muriel back to the people.

The Guardian, from a review of Appointment in Arezzo by Alan Taylor

The Centenary celebrations included an event for 1300 readers, on the eve of her birthday, at the Usherhall in Edinburgh – with Edinburgh International Book Festival and the Lyceum Theatre team. Scotland’s First Minister took part, speaking of her keen interest in Spark’s writing and reading from her work. She was joined on stage by writers Alexander McCall Smith and Ian Rankin, and actors from stage and screen. Alan Taylor and Rosemary Goring compered the evening to the delight of the sell-out audience.

Alan and contributing writers then took to the road and for the remainder of the year talking about Muriel at events across the UK, throughout Europe and as far away as New Zealand. Edinburgh International Book Festival hosted a series of events, one a day, throughout their August run. And for one night only, they produced her stage play – to the delight of Penny Jardine and First Minister Nicola Sturgeon, both watching in the audience.

At home the writer was celebrated in an exhibition at the National Library of Scotland. The BBC ran a series of readings and dramas on BBC Radio 4 and commissioned a TV documentary. And the books were firmly back, promoted in bookshops from the South West of England to the northern isles. As the year came to a close, Polygon were awarded funding to put a full set of the books into every library across Scotland and into every school in Edinburgh. 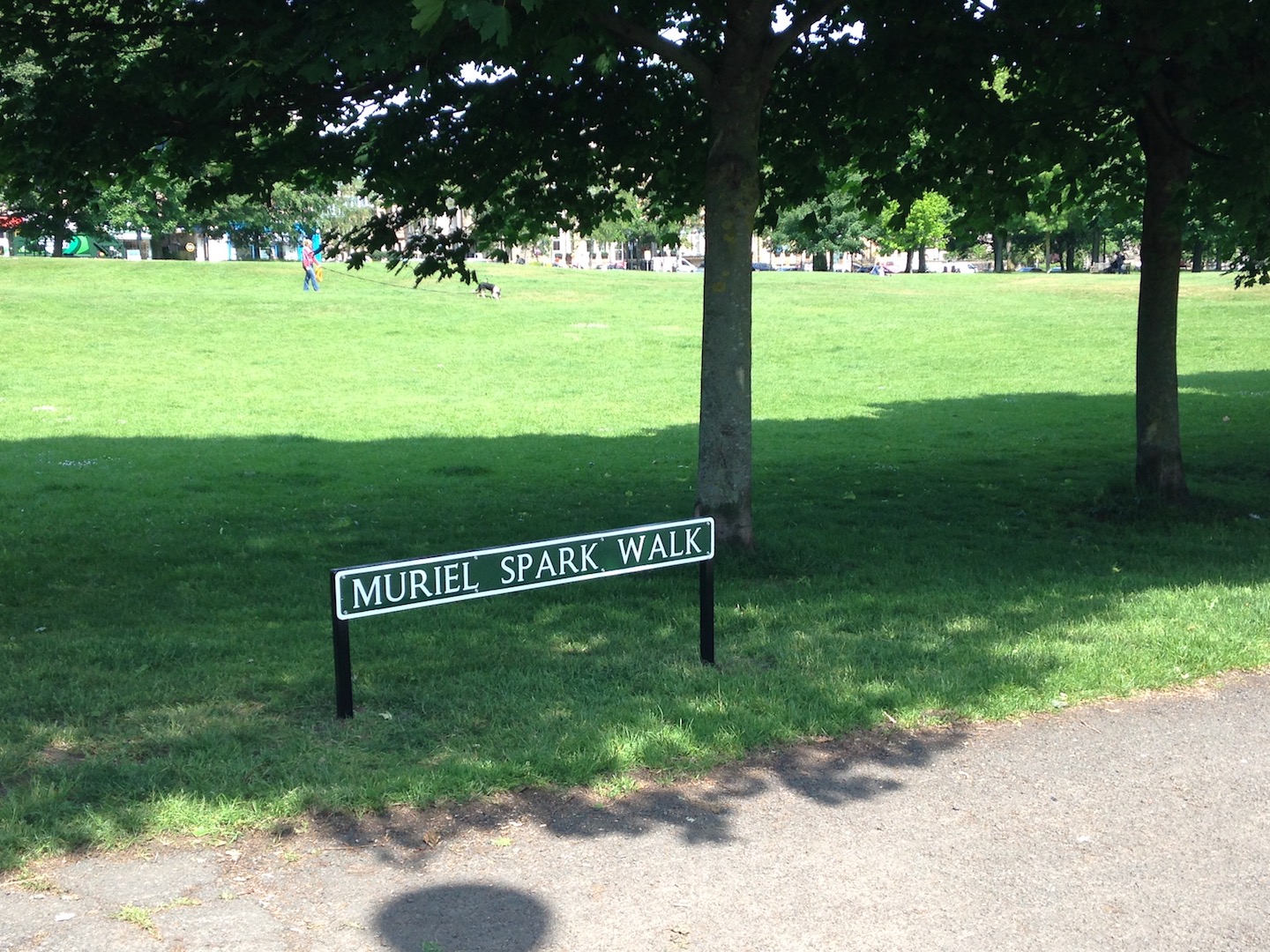 As a fitting and lasting tribute to Muriel, Edinburgh City Council agreed to rename a walk in the Links, just off the Meadows – the green area that acts as the lungs of this city. This was a walk that Muriel would have made many times from her family’s flat in Bruntsfield. It was also a walk that would have been familiar to the children of Marcia Blaine School for Girls, Jean Brodie’s girls – the creme de la creme.

Listen to a podcast from the Usher Hall event.

The Abbess of Crewe

The Hothouse by the East River

The Girls of Slender Means

The Prime of Miss Jean Brodie

A Far Cry From Kensington

The Ballad of Peckham Rye