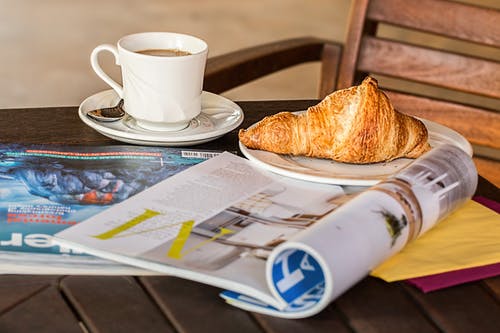 Hunter’s pacily written history turns a telescope on the society and culture, and the economic and political predicament of these regions. The facts he produces, and the testimonies, from court records, newspapers, first-hand accounts, diaries and letters, make absorbing reading. Using the famine winter as his lynchpin, he creates a portrait of life for ordinary working folk in a country that was only slowly awakening to the vulnerability of its rural population… Insurrection tells only Scotland’s story, but it points towards Europe. Those at the lower end of the social scale, whose livelihoods were precarious, poised on the scales of supply and demand, inspired the most influential political document of the 19th century. Is it a coincidence that Marx and Engels’s Communist Manifesto was written in the same year as the potatoes went away? Its authors might not have foreseen the famine years, but they understood only too well the knife edge on which workers lived, at the mercy of those with money and power, who were determined to hold onto both. Insurrection takes that manifesto’s generalisations and theories and puts a face to them. They stare out from this book – thousands upon thousands of them – gaunt and helpless with hunger. – Rosemary Goring, The Herald

Rosemary Goring reviewing Insurrection by James Hunter in The Herald

The King Over the Water is the story of a lost cause that lingered. It is written from the Jacobite perspective, not as apologia, but through the eyes of the “kings” who never were: James III, Charles III, Henry IX — the heirs in exile to the Stuart dynasty…
Seward’s narrative is swift and cinematic with neatly sketched character portraits, from William III (“Skeletal, round-shouldered, eagle-nosed and racked by asthma”) to Queen Anne (“obese, purple-faced, rheumy and a martyr to gout”)

Desmond Seward, educated at Ampleforth and Cambridge, has been labelled a “popular historian”. This designation is sometimes construed as a slight. It should not be in the case of Seward who has already written a provocative comparative biography of Napoleon and Hitler and, amongst others, a sweeping, powerful chronicle of the Tudors.
The King over the Water, though, is his best work because it plays to his gifts of being largely persuasive and consistently employing a briskness in pace, a clarity of style and a genius for capturing the character of those long dead, long-forgotten and, perhaps, never remembered… It is a not a comprehensive history but a rollickingly splendidly chronological one.

These are tales bound by the heart-warming possibility of friendship, love and happiness. Delightful.

Pianos and Flowers by Alexander McCall Smith, reviewed in The Herald

On one level, A Full Back Slower Than Your Average Prop is the autobiography of one individual. In it, Ian Smith recalls his ups and downs on and off the rugby field, from his debut for the George Heriot’s School 36th XV in the early 1950s to his last games for the West Norfolk 2nds  – taking in some eight Scotland caps along the way. But, as well as being the story of one man, it is also a document of a vanished way of life: the amateur era, a simpler, more spartan time in which the love of the game outweighed any other consideration.

A Full Back Slower than Your Average Prop by Ian Smith, reviewed in The Offside Line

Warning: count(): Parameter must be an array or an object that implements Countable in /home/customer/www/birlinn.co.uk/public_html/wp-content/themes/birlinn-2019/functions.php on line 412

Shrove Tuesday is fast approaching. Try a Birlinn recipe for your pancakes this year!
Read More
Join us in a new tradition, starting this year. Claim Valentine’s Day as Friendship Day as well as a day for celebrating romantic love. And...
Read More
In 2007, Alexander McCall Smith wrote a short story, Brussels for Beginners, which was read on BBC Radio 4. We include it here as we mark Brexit Day...
Read More